By 1974, the Swiss jazz scene was thriving, and the Montreux Jazz Festival which had been launched in 1967, was in its eight year. The organisers had surpassed themselves with what was an all-star lineup

Between the ‘2nd’ and ‘7th’ July 1974, the great and good of jazz arrived at what was now one of Europe’s premiere jazz festivals. Legends of jazz including Cecil Taylor, Art Ensemble Of Chicago, Billy Cobham, Sonny Rollins, Mahavishnu Orchestra and The Gil Evans Orchestra were due to arrive and entertain Swiss jazz fans. They also inspired the local jazz musicians.

That had been the case since the early days of the Montreux Jazz Festival, and suddenly, new bands being formed and creating ambitious, inventive and innovative music. This was the case in towns and cities across Switzerland.

Another jazz hotspot was the region that surrounds Lake Geneva. It was home to jazz activist and one of Switzerland’s top pianists Jean-François Boillat, and Raymond Thérace. He was known for his versatility and ability to play a variety of wind instruments including the flute and tenor saxophone. This talented duo decided to form a their own band and the Boillat Thérace Quintet was born.

They recorded two albums between 1974 and 1975. Their debut album was Boillat Thérace Quintet which was recorded between the ‘17th’ and ‘19th’ January 1974. By then, the lineup featured drummer Eric Wespi, bassist Frédéric Pecoud and percussionist Rogelio Garcia. They were joined by Jean-François Boillat on piano and Fender Rhodes, while Raymond Thérace switched between flute and tenor saxophone during the sessions.

Boillat Thérace Quintet recorded six tracks that made it onto the album. This included 1224, Rahsaan Rahsaan and Cenovis which were written by Jean-François Boillat and Raymond Thérace. They were joined by covers of Roland Kirk’s Sweet Fire, Keith Jarrett’s In Your Quiet Place and Freddie Hubbard’s Straight Life. However, three other cover versions were recorded but never made it onto the album. This included Herbie Hancock’s Dolphin Dance, Wayne Shorter’s Adam’s Apple and Claude Engel’s ‘5th’ Of July, Dulong Street. They’re part of what’s an incredibly rare European jazz album.

While self-releasing their album gave the Quintet control over every aspect of the release, and potentially was more profitable, it wasn’t without a number of pitfalls. The band’s money was at risk and they were paying for everything directly. This included recording and  manufacturing the album. Often by the time they paid for this there was very little money left.

Very few artists and bands had the marketing budget and expertise that a record company had. They also had a contract with a distributor who could get the album into record shops. Bands self-releasing an album couldn’t, and often, resorted to taking boxes of albums around local record shops in the hope that they would take some on sale or return.The other option was to sell their album after concerts. It was hard work, but bands were able to release an album and for many, this was something that they had dreamt of.

Opening the album is 1224, which is dedicated to Geneva’s public transport line Tram 12. It finds the Boillat Thérace Quintet grabbing the listener’s attention from ye get-go. What follows is a memorable and sometimes funky, dramatic and cinematic slice of soul-jazz that takes the listen on a musical journey.

The tempo drops on the cover of Roland Kirk’s Sweet Fire. It’s beautiful, dreamy and sensual cover and shows another side to the Boillat Thérace Quintet.

They change things around on Rahsaan Rahsaan where the rhythm section propel the arrangement along, and Jean-François Boillat’s piano and Raymond Thérace flute plays leading rolls. Drum fills punctuate the arrangement to a track that sounds as if it belongs on the soundtrack to a French or Swiss film.

For those unfamiliar with Cenovis it’s the Swiss equivalent of Marmite. Here, Jean-François Boillat switches to Fender Rhodes and combines with the rest of the rhythm section and percussionist Rogelio Garcia to provide the perfect backdrop for Raymond Thérace’s tenor saxophone. He gives one of his finest performances playing with speed, control and accuracy as his sultry saxophone breezes across the arrangement playing its part in the feelgood summery sounding track where jazz, funk, fusion and Latin are combined seamlessly by the Quintet.

Very different but quite beautiful is the wistful piano lead ballad  In Your Quiet Place. It encourages reflection and is one of the album’s highlights.

Boillat Thérace Quintet close their eponymous debut album on a high with Straight Life. Funky fusion and soul-jazz are combined on a track where Raymond Thérace unleashes a peerless performance on tenor saxophone. He’s combines power and speed but is always in control. Meanwhile, Jean-François Boillat fingers dance across the keyboard to his Fender Rhodes on this irresistible track that would still fill a dancefloor. It’s akin to a call to dance and resistance is impossible.

While each member of the band are obviously talented and versatile musicians, cofounders pianist Jean-François Boillat and tenor saxophonist and flautist Raymond Thérace play starring roles. They’re playing is flawless and veers between beautiful, dreamy melancholy, sensual, understated and wistful on the ballads. Other times, the music is cinematic, dancefloor friendly or fiery, funky, sultry and irresistible. Not once will the listener be tempted to reach for their remote control.

Not even on the bonus tracks, which on many albums can be hit or miss affairs. That isn’t the case here and they’re welcome additions and offer further insight into Boillat Thérace Quintet who only released two albums during their career. This includes their eponymous debut album which nowadays, is a much-prized rarity among collectors of European jazz that changes hands for around €250. However, the reissue of Boillat Thérace Quintet means that a jazz fans old and new, will be belatedly be able to discover the delights of this long-lost hidden gem of an album that is one of the jewels in the crown of Swiss jazz. 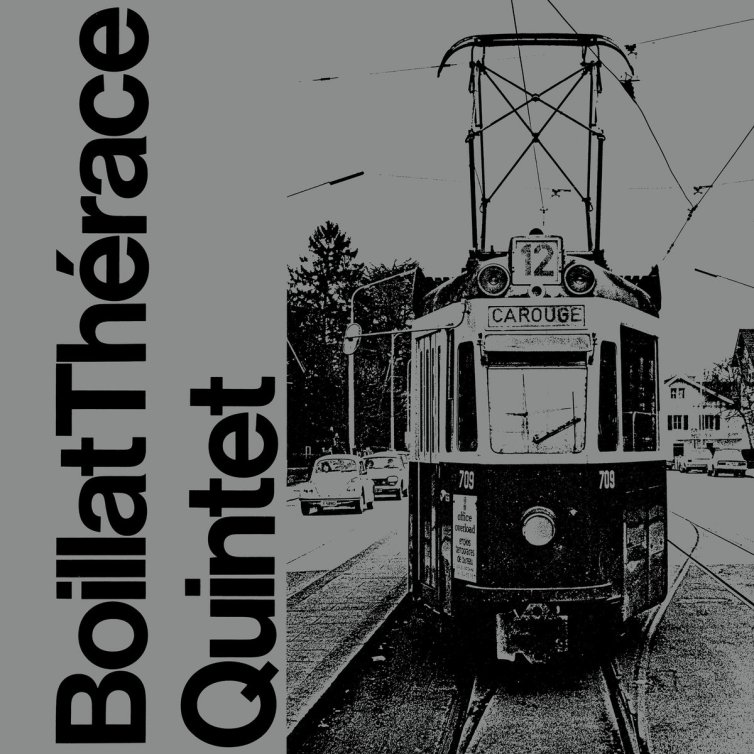