Less than three weeks after Bobbie Gentry released Ode To Billie Joe as a single on the ‘10th’ of July 1967 the song topped the US Billboard 100 and US Country charts. The song was penned by Bobbie Gentry and was the twenty-five year old’s debut single as a solo artist.

Buoyed by the success of the single, Capitol Records released Bobbie Gentry’s debut album Ode To Billie Joe on August the ’21st’ 1967. It reached number one on the US Billboard 200 and US Country charts and was certified gold. This was something to celebrate.

In Houston, Mississippi, it was announced that September ’30th’ 1967 was Bobbie Gentry Day. The singer travelled home a week after Ode To Billie Joe ended its four-day run at number one. Bobby Gentry was greeted by 5,000 people, and the same day, Life magazine interviewed her for their November issue. It would feature a photograph of her standing on the Tallahatchie Bridge which Ode To Billie Joe had made famous.

A month later, Bobby Gentry returned to California where and began working on her sophomore album. This became the concept album The Delta Sweete.

For the followup to Ode To Billie Joe, Bobby Gentry decided to write a concept album which was based on modern life in the Deep South. The eight songs documented her childhood and are essentially  snapshots of both her home and church life. This includes Reunion and Sermon. For the other songs on the album, Bobby Gentry thought back to the music she heard growing up.

She remembered hearing blues and country songs  growing up in Mississippi and decided to cover four of them. This included Mose Allison’s Parchman Farm, John D. Loudermilk’s Tobacco Road, Doug Kershaw’s Louisiana Man plus Luther Dixon and Al Smith’s Okolona River Bottom Band. These songs and the eight originals were recorded during the half of 1967 and featured on The Delta Sweete.

Just like Ode To Billie Joe, The Delta Sweete was produced by Kelly Gordon and recorded at Capitol Recording Studio, in Hollywood. Accompanying Bobby Gentry were some top session musicians including members of the Wrecking Crew. Drummer Hal Blaine and percussionist Earl Palmer were joined by a horn and string section as Bobby Gentry recorded the twelve tracks over a five days in 1967.

The first session took place on July the ‘16th’ 1967 when Penduli Pendulum was recorded. Nearly three months later, Okolona River Bottom Band and Courtyard were recorded on the ‘5th’ of October by Bobby Gentry. She retrained to the studio on November the ‘4th’ and cut Big Boss Man and Parchman Farm. Just a week later, on November the ‘11th Reunion, Mornin’ Glory, Jessye’ Lisabeth and Refractions were recorded. This was Bobby Gentry’s most productive day. A month later on December the ‘12th’ she returned and laid down her vocals for Tobacco Road and Louisiana Man and her sophomore album was finished.

It was decided to call the album The Delta Sweete.The Sweete in the album title was a play on words in two ways. Where Bobbie Gentry grew up, a woman with her Southern Belle good looks would be called “sweete.” The music on the concept album was also a suite of songs. Some thought had gone into the album title and the album cover.

For the album cover, a double exposure of a black and white close up of Bobby Gentry’s face was taken by George Fields. It was then superimposed over a colour photo of her grandparent’s farm where she grew up. The result was an expressive and poignant album cover that was  perfect for the music on The Delta Sweete.

Just two months after Bobbie Gentry had finished recording The Delta Sweete, it was released on the ‘16th’ of February 1968. Critics were won over by the album the album’s swampy and folk-infused sound that was mixture of country, pop and blues. There’s also diversions via chamber pop, psychedelia, soul and the Nashville Sound on The Delta Sweete which critics thought would be a commercial success.

That was despite the lead single Okolona River Bottom Band stalling at fifty-four in the US Billboard 100 in 1967. This was a disappointment. It was hoped it was a blip and having chosen the wrong single.

Then when The Delta Sweete was released, it stalled at just 132 on the US Billboard 200 but reached twenty-six on the US Country chart. This was a small crumb of comfort, but there was no gold disc for Bobbie Gentry’s first concept album.

The second single Louisiana Man reached sneaked into in the US Billboard 100 at number 100 and reached seventy-two in the US Country charts. This wasn’t the success that Bobbie Gentry and executives at Capitol Records had been hoping for.

Given the success of Ode To Billie Jo, the commercial failure of The Delta Sweete surprised many people. Especially given the quality of the music on the album which showcased a talented singer, songwriter and storyteller who painted pictures with her lyrics.That was the case on Bobbie Gentry’s sophomore album.

The Delta Sweete opens with one her eight new compositions, the swampy Southern sound of Okolona River Bottom Band. It gives way to the blues Big Boss Man which in Bobby Gentry’s hands is occasionally bawdy and tinged with innuendo.

Reunion finds Bobby Gentry going back to her childhood as she recreates a family arguing at the dinner table. At one point, she even adds a proto rap as she paints pictures of growing up in the Deep South. Then she delivers a despairing version of the chain-gang lament Parchman Farm, which is another of the four songs she heard growing up. It fits well with the rest of the album.

Very different is the sensuous sounding Bobby Gentry composition Mornin’ Glory. It’s followed by another of her songs Sermon, which was inspired by the gospel song Run On. Somehow, she makes song sound both ominous and strangely uplifting.

Bobbie Gentry delivers a filmic cover of Mornin’ Glory, and is accompanied by strings and a Mariachi band. They play their part in song’s bittersweet and wistful sounding song. Penduli Pendulum is a lysergic sounding track while Jesse’ Lisabeth is a heartfelt and emotive folk fable that brings about a sense of apprehension. One of Bobbie Gentry’s finest compositions is Refractions, a thoughtful sounding chamber pop song about a crystal bird that is unable to land because its legs are broken.

While f Bobbie Gentry’s cover of Louisiana Man is well done, it seems to be the odd man out on this concept album. One can’t help but wonder does it deserve its place on The Delta Sweete? It closes with Courtyard a sad and thought-provoking song about a woman who feels stifled by her partner and she struggles with to cope with living with a man who makes promises he doesn’t keep. Bobby Gentry has kept one of the best until last.

Sadly, never came close to matching the success of Bobbie Gentry’s debut album The Delta Sweete. That doesn’t make it a bad album. It was well received upon its release and in many ways this concept album is oft-overlooked and under-appreciated.

It was a fitting followup to Ode To Billie Jo which was the most successful album of her career. When she was recording The Delta Sweete, Bobbie Gentry was given full creative control  by Capitol Records and this paid off given the quality of the album she recorded with producer Kelly Gordon. Sadly, it wasn’t a commercial success, and it was a case of what might have been for Bobbie Gentry?

When asked about the commercial failure of the album, she said: “I didn’t lose any sleep over it. I’ve never tried to second-guess public taste. If I were just a performer and not a writer, I might have felt more insecure about the whole thing.”

Bobbie Gentry’s career continued and although she released six solo albums and one with Glen Campbell, The Delta Sweete is nowadays regarded as the finest album of her career.

The Delta Sweete was the album that got away for Bobbie Gentry. If it had matched the success of Ode To Billie Jo she could’ve gone on to become one of the most successful female singer-songwriters of the late-sixties and early seventies.

Fifty-two years later, and The Delta Sweete is regarded as Bobbie Gentry’s finest hour. It’s an oft-overlooked timeless and cinematic concept album where Bobbie Gentry takes the listener on a journey to the Deep South and paints pictures across the suite of songs that is her Magnus Opus, The Delta Sweete. 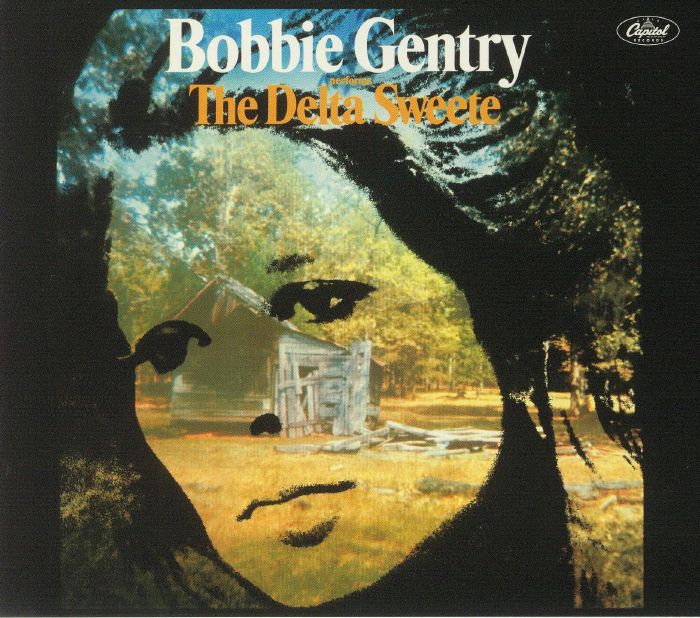