When pianist Gene Russell and percussionist Dick Schory founded Black Jazz Records in Oakland, California, in 1971, the nascent label’s raison d’être was “to promote the talents of young African American jazz musicians and singers.” This was only part of their vision for their new label.

They were determined that Black Jazz Records would released an alternative to what they saw as the old school jazz that was popular at the time. They wanted to release an alternative to traditional jazz, and this included albums that featured political and spiritual influenced music. However, spiritual jazz was just part of the Black Jazz Records’ story and the label between 1971 and 1975 it released twenty albums that included everything from free jazz and funk to soul-jazz.

Fittingly, Black Jazz Records’ first release was Gene Russell’s sophomore album New Direction which was released in 1971. This was just the start of a prolific year for the label.

Cofounder Dick Schory had founded Chicago-based Ovation Records, which was a successful country and western label which  was providing funding for Black Jazz Records and distributing its releases. This gave the label a helping hand and meant it had an edge on its competitors.

The cofounders were determined that as wide an audience as possible hear the albums that the label was releasing so Gene Russell organised a promotional tour, In September 1971, Gene Russell and his Ray Lawrence who was his marketing consultant toured America giving interviews to newspaper journalists and featured on radio and newspaper where they showcased Black Jazz Records and its artists. This resulted in valuable publicity for the label.

By 1972, Black Jazz Records was adding new artists to their roster and signed Henry Franklin who released his album The Skipper later that year. This wasn’t the only new signing made that year. However, a familiar face returned with another album.

This was organist and pianist Doug Carn who was accompanied by his wife on his sophomore album Spirit Of The New Land. He would go on to release four albums between 1971 and 1975 and they were Black Jazz Records’ most successful releases.

The other album Black Jazz Records released in 1971 was The Awakening’s debut Hear, Sense and Feel in 1972. It wasn’t as busy a year as 1971, but Gene Russell and Dick Schory were concentrating on quality not quantity. However, the following year, 1973, was a much busier year for Black Jazz Records.

Cofounder Gene Russell returned in 1973 with Talk To My Lady which was his second album for Black Jazz Records. This was followed by Rudolph Johnson’s new album The Second Coming. However, the label’s third release of 1973 was Maiden Voyage the debut album from a new signing Kellee Patterson.

By the time Kellee Patterson signed to Black Jazz Records the young singer had achieved a lot during what was already a varied career.

Kellee Patterson was born Pat Patterson in the Midwest on the outskirts of  Chicago, but grew up Gary, Indiana. She started singing aged five, and growing up, won a number of local talent contests with her neighbours The Jacksons. While they won the male awards Kellee Patterson won the female awards. Given the success she enjoyed in the talent shows nobody was surprised when she became a professional singer.

When she was sixteen, Kellee Patterson made her professional debut as a singer, and by time she was at college she was singing with a group called Groovy and The Electra’s. Although they were essentially a rock group, Kellee Patterson sang covers of Gladys Knight and Aretha Franklin songs. However, after a while she parted company with the band.

Not long after this, Kellee Patterson entered the 1971 Miss Indiana pageant under her real name. She became the first black woman to win the title and qualified for the Miss America pageant in 1972.

This turned out to be the boost that Kellee Patterson’s career needed. She made some television appearances in the Chicago area and also featured in The Streets Of San Francisco in 1972. However, after Kellee Patterson’s appearance in the Miss America pageant, word started spreading that she was a talented singer. Soon, several record companies began to offer recording contracts. This included Motown who she turned down to sign with Black Jazz Records in 1973.

Having signed with Black Jazz Records Kellee Patterson began work on her debut album which became Maiden Voyage. It was an album of eight cover versions. This included Earl DeRouen’s Magic Wand Of Love; John Lehman’ Look At The Child and Be All Your Own; Don Sebesky’s Soul Daddy (Lady) and Herbie Hancock’s Maiden Voyage. They were joined by Gordon Parks’ Don’t Misunderstand; Flip Nunez’s See You Later and Lani Hall’s You. They were recorded by Kellee Patterson and a talented band.

When Maiden Voyage was released later in 1973, the album failed to attract the attention of critics and record buyers and  became of the of hidden gems in Black Jazz Records’ back-catalogue.

That was despite Maiden Voyage being the most mainstream and commercial sounding album that was released on Black Jazz Records between 1971 and 1975. However, compared to Kellee Patterson’s later albums, Maiden Voyage is very different. It has a tougher sound and is a more challenging album. Having said that it’s also a rewarding album of laidback and mellow jazz that’s also soulful. This is down to Gene Russell’s production and the band that feature on the album.

That’s the case on Magic Wand Of Love where the rhythm section provide an understated backdrop as a flute flutters above the arrangement accompanying Kellee Patterson’s heartfelt and impassioned vocal as she delivers lyrics full of social comment. One of the most beautiful songs on the album is the cover of the piano-led, jazz ballad Look At The Child. Very different is the boogaloo of Soul Daddy (Lady) which shows another side of Kellee Patterson. So does an atmospheric reading of Maiden Voyage which features lyrics written by Herbie Hancock’s sister. It meanders along shimmering keyboards, bass and stabs of trumpet accompanying the vocal during this journey in search of love.

One of the best ballads on Maiden Voyage is Don’t Misunderstand with its late-night, jazzy sound and a wistful vocal from Kellee Patterson. The tempo rises on See You Later which features a much more powerful, soulful and sultry vocal that’s full of emotion. Meanwhile, the arrangement sashays along and provides the perfect accompaniment for the vocal on this relationship song. Then the tempo drops on You as a flute flutters and ushers in the vocal on this beautiful paean and is the perfect showcase for Kellee Patterson’s vocal. So is Be All Your Own which closes Maiden Voyage where her vocal is soulful and impassioned and is accompanied by an understated arrangement that allows the vocal to take centrestage.

For Kellee Patterson, her debut album Maiden Voyage was the one that got away. Despite the quality of music on the album it failed to attract the attention of either critics or record buyers. It was a disappointing start her to recording career and she must have wondered whether she had signed to the right label?

Kellee Patterson must have wondered if things would’ve been different if she had signed to Motown who she rejected before signing to for Black Jazz Records? It was regarded as a much more fashionable label and one who wanted: “to promote the talents of young African American jazz musicians and singers” like her. The label also wanted to release an alternative to traditional jazz. Black Jazz Records must have seemed like an attractive alternative to Motown and the perfect label to launch her career.

On Maiden Voyage, Kellee Patterson there’s songs full social comment, beautiful ballads and mid-tempo tracks on what was a carefully crafted album that veers between jazz, soul and soul-jazz. It’s an album with no weak tracks and where Kellee Patterson showcases her vocal versatility. She breathe life, meaning and emotion into the eight tracks on Maiden Voyage which was the only album she released on Black Jazz Records.

Gene Russell closed the doors at Black Jazz Records for the last time in 1975, and by then, the label he had cofounded had released twenty albums. The most successful albums were the four released by Doug Carn which featured his wife Jean. Apart from these four albums, the remainder failed to find an audience until much later.

In the nineties, DJs and record collectors rediscovered the twenty albums released by Black Jazz Records. By then, many of the albums were rarities that changed hands for large sums of money. Those that owned the Black Jazz Records’ back-catalogue cherished what was a groundbreaking collection of albums and were reluctant to part with them. This includes Kellee Patterson’s debut album Maiden Voyage which is the perfect introduction to a prodigiously talented vocalist who is another of jazz music’s best secrets. 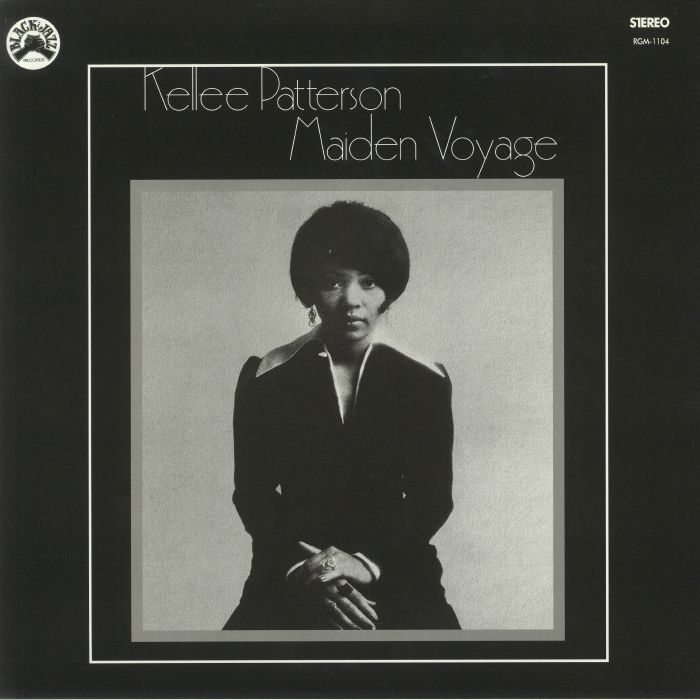