WARREN HAMPSHIRE-LANGUAGE OF THE BIRDS.

Warren Hampshire-Language Of The Birds.

Label: Athens Of The North.

Many people will remember Warren Hampshire as the guitarist in The Bees, who were formed in Ventnor on the Isle of Wight in 2001 and went on to release four albums between 2002 and 2010. However, he wasn’t an original lineup of the band and joined in time to their sophomore album Free the Bees which was released in 2002.

Just a year after The Bees’ were founded they released their debut album Sunshine Hit Me on the ‘25th’ March 2002. The four piece band had produced an eclectic and summery sounding album which was well received by critics. This resulted in The Bees being signed to Virgin and was nominated for the Mercury Prize.

There was only one problem and that was playing the songs live. That was going to require a larger band.

That was how Warren Hampshire came to join The Bees. He became part of the expanded lineup of the band who embarked on several tours and recording the band’s sophomore album.

This was Free the Bees which was released by Virgin on the ‘17th’ of August 2004. It had been recorded at Abbey Road Studio with Warren Hampshire playing guitar, Hammond organ, piano and percussion. He played his part in what was a much more uptempo album that featured a slicker sound. This appeared to critics and the album was released to plaudits and praise. The single Chicken Payback reached twenty-eight in the UK charts and already The Bees were one of the rising stars of British music.

Nearly three years later on the ’26th’ March 2007 The Bees returned with their third album Octopus.  It was their second album for Virgin, and many critics said it was the group’s finest and also their most complex album. The Bees a group of talented multi-instrumentalists were improving with every album.

For their fourth album Every Step’s A Yes, which was released by Fiction Records on the ’11th’ of October 2010. The album found the group maturing and their music evolving. Critics were impressed with the album which received mostly positive reviews. It looked like this was the next chapter in The Bees’ story.

Especially when they supported Fleet Foxes on their 2011 UK tour. After this, many critics thought the group would return to their studio and begin work on their fifth album.

Sadly,The Bees never released another album and in 2018 Aaron Fletcher and Tim Parkin formed a new band 77:78. By then, Warren Hampshire had embarked upon a new chapter in his career.

A year earlier, in 2017, he had released his collaboration with Greg Foat, Galaxies Like Grains Of Sand on the Athens Of The North label. This was the first of a series of critically acclaimed albums by Hampshire and Foat.

The pair released two albums in 2018. The Honey Bear and Nightshade showcased a talented partnership. So did Saint Lawrence which was released in 2019. This was the fourth album the pair had recorded and released which was released to widespread critical acclaim. Despite that, Warren Hampshire’s next album was his solo album Language Of The Birds which was recently released on LP by Athens Of The North.

Language Of The Birds was recorded not long after completing recording the Hampshire and Foat albums Galaxies Like Grains Of Sand and The Honey Bear with Greg Foat.  The music on the album is influenced by the Isle Of Wight where Warren Hampshire’s lives and enjoys walking in the beautiful countryside and in the woodlands. These walks were part of the inspiration for the music.

So was his interest in catastrophism and extinction events. Then there’s the use of symbolism that was employed in the art, architecture and writings of previous civilisations. Language Of The Birds is an album of cerebral music and musings from Warren Hampshire.

On Language Of The Birds he combines elements of ambient music. avant-garde, library music, modern classical and sixties psychedelic folk. The music is underrated, spacious, ethereal and cinematic while the album cover seems to have been inspired by vintage children’s books and the fairy tales and folklore that was found within their pages and captivated generations of children.

Warren Hampshire’s music on Language Of The Birds would be the perfect soundtrack to an animated version of an old or modern fairytale.

As a standalone album, Warren Hampshire’s filmic music on Language Of The Birds paints pictures and transports the listener taking them on a journey into the past, stops in the present before heading into the future and visiting places that are real and imaginary that’s akin to a musical odyssey.

Warren Hampshire-Language Of The Birds. 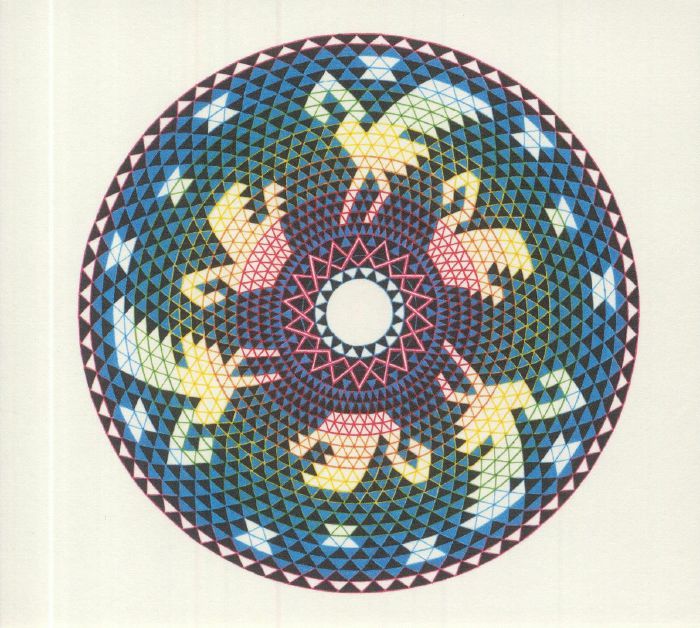