YOU GAVE ME A REASON TO LIVE-SOUTHERN AND DEEP SOUL FROM LOUISIANA.

You Gave Me Reason To Live-Southern And Deep Soul From Louisiana.

During the sixties and seventies, South-West Louisiana was famous for its vibrant and music industry which was soon expanding and thriving. Initially, the region was famous for the Cajun sound and Zydeco, but soon, artists and producers started recording other genres of music.

The region’s music industry was situated between New Orleans and Houston which meant it was exposed to an eclectic selection of music. Soon, artists began recording everything from country and pop to blues, funk and soul.

Amongst the soul sides recorded in South-West Louisiana were many fine examples of Deep and Southern Soul. Sadly, many of these recordings were overlooked and this includes the twenty-two on You Gave Me Reason To Live-Southern And Deep Soul From Louisiana which was recently released by Kent Soul.

The earliest tracks on You Gave Me Reason To Live-Southern And Deep Soul From Louisiana were recorded during the early sixties and include the proto-soul of Sticks Herman. By the early seventies, the Memphis Soul sound could be heard in tracks by Johnny Truitt and Moody Scott. They were recorded by some of the top local producers and label owners including Eddie Shuler, Carol Rachou and J.D. Miller. They doubled as talent scouts and signed local artists and those that were just passing through, then took them into the studio and recorded singles for their labels.

This included Eddie Shuler’s Shuler’s ANLA label which provides many of the tracks on You Gave Me Reason To Live-Southern And Deep Soul From Louisiana. This included Terrie and Joy La Roy, Soul Shouting Tommy and Big Daddy Green who released stunning singles which failed to find an audience. Sadly, the artists’ recording career had stalled or was over before it started and was a case of what might have been?

Meanwhile, Camille “Lil” Bob enjoyed a career that spanned several decades Bobby Charles enjoyed a pop hit Later Alligator before releasing Big Boys Cry a heartwrenching and emotive slice of mid-sixties soul in 1965 and his eponymous debut album in 1972 which is now regarded as a cult classic.

Among the other artists, Clifton White and Chester Randle both became successful local band leaders, while Rockin’ Sidney began his career as bluesman before reinventing himself as the leading light of  Zydeco. These are just some of the artists that feature on You Gave Me Reason To Live-Southern And Deep Soul From Louisiana.

Opening the compilation is Baby Oh Baby (How Far You Are From Me) by Charles Greene, which was released by ANLA in 1969. It features a needy vocal powerhouse that’s full of emotion and sincerity. It’s the perfect way to open You Gave Me Reason To Live-Southern And Deep Soul From Louisiana and sets the bar high.

Without Love What Would Life Be was the B-Side to Terrie and Joy La Roy with The Bill Parker Show Band’s 1971 single Why I Shed So Many Tears. This hidden soulful gem was produced by Johnny Shuler for the ANLA label. The vocal is heartfelt and emotive as they ponder life alone and without love.

Camille “Lil” Bob released Stop as a single on the La Louisianne label in 1969. Tucked away on the B-side was Soul Woman a vastly underrated and timeless slice of Southern Soul.

In 1975, Moody released You Gotta’ Be Motivated as a single on the Soul Unlimited label. Hidden away on the B-Side was One Man’s Happiness which is a soul-baring Southern Soul ballad. It’s another underrated song that was good enough to be have been released as a single. No wonder as it features a heartfelt and ruminative vocal that’s bristling with emotion as Moody remembers the first time he met the woman he fell in love with and still loves

When Phil Phillips released Sea Of Love in 1959 it reached number two in the US Billboard 100. Eleven years later in 1970, Eddie Shuler produced Freddie Love’s cover version which was released by his ANLA label. It’s a soul-baring ballad that’s akin to a confessional where Southern Soul and gospel become one.

Eddie Shuler also produced Lee Bernard’s single Our Love Will Always Be for which was released on the Goldband label in 1969. It’s another ballad where drums provide the heartbeat and horns add to the emotion of the vocal on this heartachingly beautiful paean.

Big Daddy Green’s vocal is full of sadness and regret on You Gave Me Reason To Live which was released by the ANLA label in 1970. Sadly, the single failed commercially and was his swansong for the label.

Soul Shouting Tommy released I’m The Man as a single on the ANLA label in 1969. Hidden away on the B-Side was To Be Loved By You which is another hidden gem of a Southern Soul ballad. It features a vocal that’s heartfelt and emotive as he gives thanks to the love he’s found.

The ballad Big Boys Cry was released by Bobby Charles on the La Louisianne label in 1965. This is seven years before he released his eponymous debut album which nowadays is considered a cult classic and one of the great lost albums. However, Big Boys Cry shows another side to Bobby Charles who is a talented songwriter and versatile vocalist.

Dynamic Adam released Forgive Me as a single on the ANLA label in 1969. On the B-Side is She’s Gone where he’s accompanied by backing vocalists as he delivers a hurt-filled vocal full of sadness and regret on this powerful and poignant track.

King Carl closes You Gave Me Reason To Live-Southern And Deep Soul From Louisiana with the bluesy piano-led Blues For Men. It was released in 1965 on the La Louisianne label and tantalising taste of one of the pioneers of swamp pop.

For anyone with even a passing interest in either Southern or Deep Soul, Kent Soul’s new compilation You Gave Me Reason To Live-Southern And Deep Soul From Louisiana will be of interest to them. This lovingly curated compilation features twenty-two tracks which ooze quality. There’s singles and B-Sides from a variety of Louisiana-based labels.

Many of the singles are vastly underrated and should’ve been heard by a wider audience. Then there’s B-Sides that were good enough to be singles. Add to this countless hidden gems and the result is a compilation that’s a musical treasure trove that crate diggers, DJs and dancers will all enjoy and should add to their collection.

You Gave Me Reason To Live-Southern And Deep Soul From Louisiana. 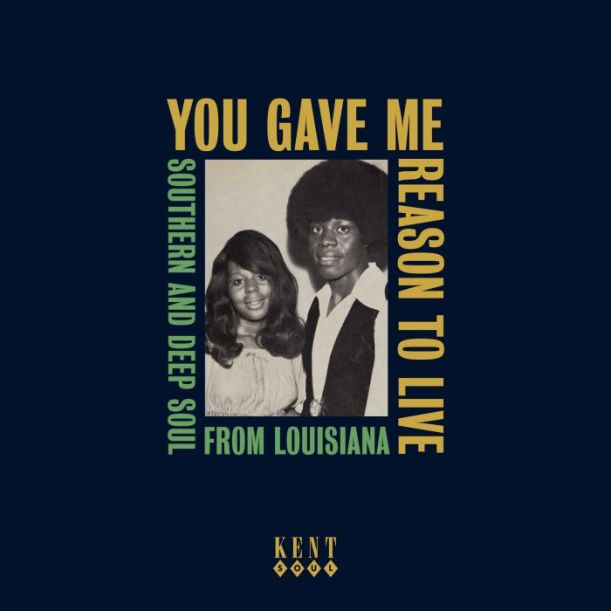 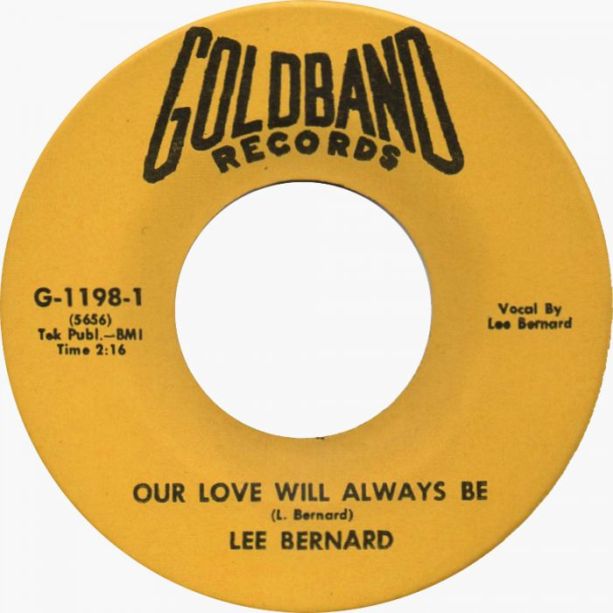 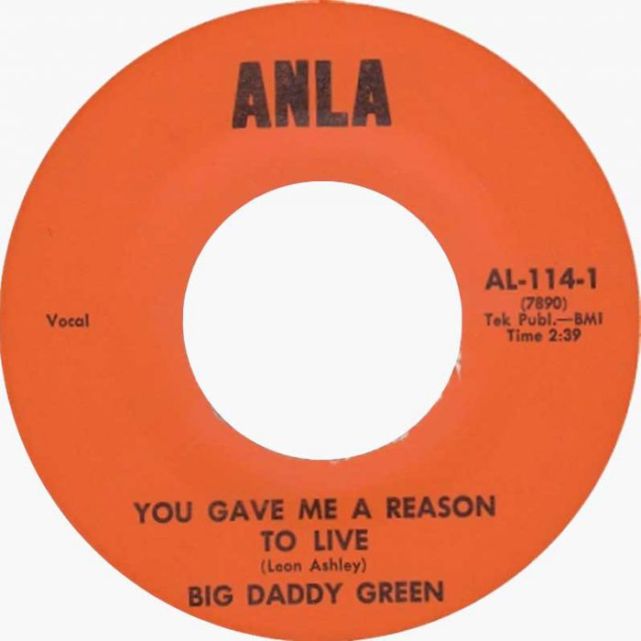 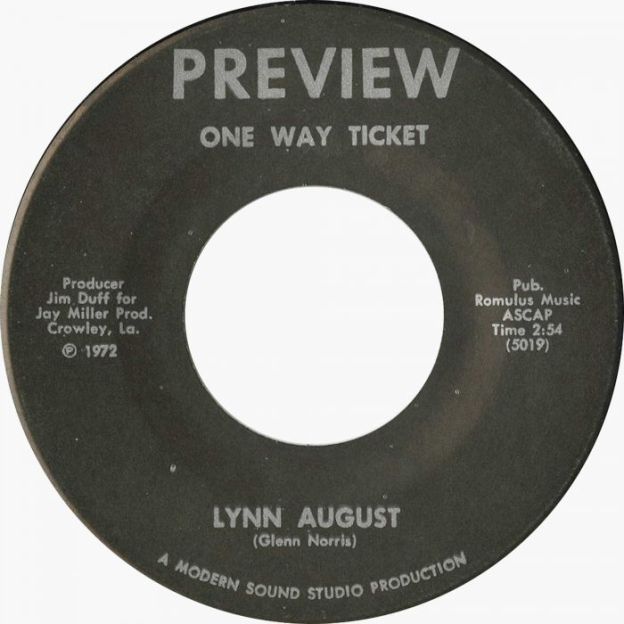 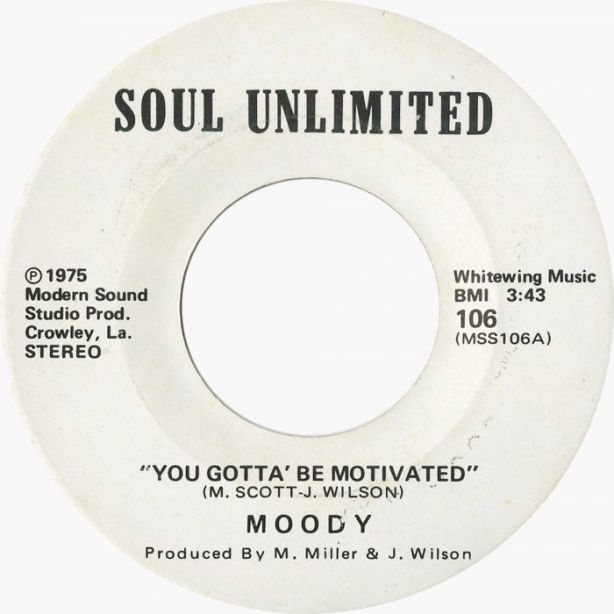 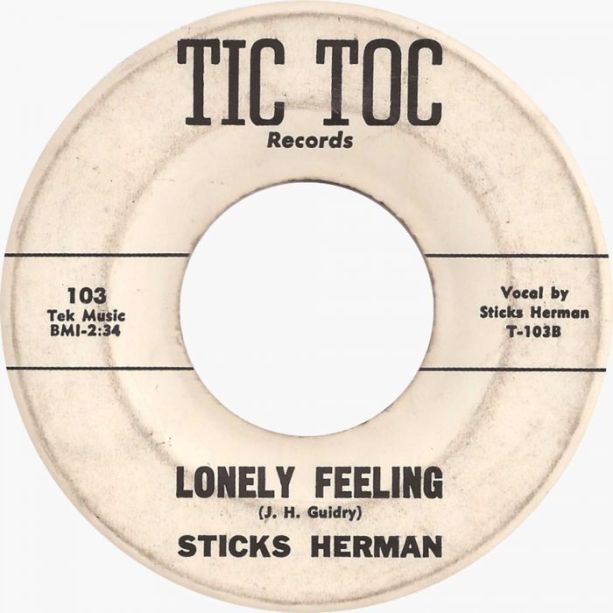