Over the next few years some of the biggest names in soul and funk were asked to provide the soundtrack to Blaxploitation films. In 1972, Bobby Womack wrote the score to Across ‘110th ‘Street, Curtis Mayfield Superfly and Gene Page Blacula. Meanwhile, Marvin Gaye had been asked to write the soundtrack to Troubled Man which nowadays is regarded as a classic album. Soon, other big names were writing Blaxploitation soundtracks.

In 1973, James Brown contributed the soundtrack to Black Caesar. It was so popular a sequel was made and later that year, Hell Up In Harlem, which featured  a soundtrack by Edwin Star. Meanwhile, Roy Ayers wrote the score to Coffy while jazz trombonist, composer and arranger JJ Johnson was asked to write the soundtrack to Cleopatra Jones. As 1973 drew to a close, the popularity of Blaxploitation films continued to grow and Hollywood was taking interest in the new genre.

With many producers jumping on the Blaxploitation bandwagon the quality of the films being released suffered. Often, the best thing was the soundtrack which later would become rarities and nowadays are collectables. Some of these soundtracks featured stars of soul, funk and jazz.

That is Lord Shango Original 1975 Motion Picture Soundtrack By Howard Roberts which was reissued for Record Store Day 2021 by Tidal Waves Music. The film was very different to the majority of Blaxploitation films which seemed to be full of tough guys, hustlers and pimps. It wasn’t a horror film and certainly wasn’t a drama or romance. Instead, it was a thoughtful, ruminative and spiritual film that eschewed the exploitation, sex and violence that were part and parcel of so many of the films that gave Blaxploitation its name.

Lord Shango was written by playwright Paul Carter Harrison and when it was released in 1975 the promotional materials stated that it was a horror film. However, this was slightly misleading and maybe even off-putting as it was thoughtful, ruminative and spiritual film that was a mixture of disparate genres. It wasn’t a fast-moving, all-action release and featured a much more measured pace. Some critics compared the content and theme to the 1973 film Ganja and Hess which also starred Marlene Clark. Other critics drew comparisons to early ‘20th’ century films directed by Oscar Micheaux and Spencer Williams. deal with racial consciousness and without doubt illustrated the Afrocentrism and Black Power movement of the sixties and early seventies.

Lord Shango was released in 1975 by Bryanston Pictures and featured a score by composer, conductor, singer and trumpeter  Howard Roberts who had previously worked with the many of the biggest names in music including Nina Simone, Miles Davis and Aretha Franklin. He had already released two solo albums including 1968s Let My People Go; Black Spirituals/African Drums on Columbia, where he set ten traditional African-American spirituals to African percussion. This album is now regarded as the perfect precursor to Lord Shango and it’s no surprise that he was asked to wrote the score to the film.

Howard Roberts wrote twelve of the thirteen tracks that would eventually feature on the soundtrack to Lord Shango. The exception was Bankoko which was a traditional song. Maureen Meloy also wrote the lyrics to Some People. Everything else on the soundtrack came courtesy of Howard Roberts. It would  showcase a clash of different musical worlds and genres.

This meant that it was imperative that Howard Roberts brought the right personnel onboard when the soundtrack was being recorded. He decided to eschewed the great and good of music that he had previously worked with and instead, brought a case who were capable of recording the music on the soundtrack.

There were three different musical genre that feature during Lord Shango, and each and ever one sets the tone for one of the primary settings. This includes  gospel in and around the church, African drumming in the Yoruba village and jazz, funk and R&B in the day-to-day everyday “real world.” These disparate genres that feature in Lord Shango meant that the film had almost had its own character. It was certainly very different to other Blaxploitation albums released during 1975.

When the soundtrack was recorded, the multitalented Peter Roberts brought onboard his own Chorale who had worked with Ahmad Jamal and Little Richard. They were joined by Ella Mitchell who was a member of the Gospel All Stars’ member and sang backing vocals for Sylvester and Peter Tosh. Adding vocals were the well known Aaron Staples Community Choir. They were joined by Chief Bey who had worked with Art Blakey and Pharoah Sanders and pioneering free jazz percussionist Milford Graves who was tasked with supervising the African drumming, which was supposedly performed by a pair of “African priests.” The result was a Blaxploitation soundtrack like no other.

Elsewhere, the soundtrack head in the direction of jazz and there’s even relaxing piano ballads which are joined by cool mid-tempo horns. There’s even a mixture of lounge, Latin, fusion and jazz-funk during this musical potpourri where Howard Roberts and his cast of multitalented friends created a very different sounding Blaxploitation soundtrack.

His soundtrack to Lord Shango was ambitious and innovative as he combined disparate genres and takes the listener on a musical adventure where they wonder what’s going to happen next? He throws a series of curveballs and on what’s a refreshing alternative to the Blaxploitation soundtracks that were being released in 1975.

By then, many producers had jumped on the Blaxploitation bandwagon and films were being produced quickly and so were the soundtracks. Soon, the quality suffered. Many of the Blaxploitation films that were released were tired and formulaic and their soundtracks were the musical equivalent to paint-by-numbers. It wasn’t long before Blaxploitation was a dirty word in the film and music industries.

It was only much later that critics revisited many Blaxploitation films and soundtrack and discovered many cult classics. This included Howard Roberts’ oft-overlooked but groundbreaking and genre-melting soundtrack to Lord Shango which stands head and shoulders above the majority of Blaxploitation soundtracks released during 1975. 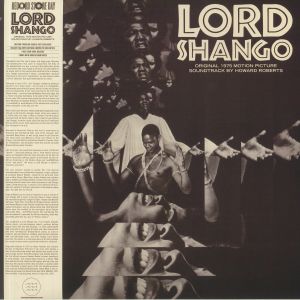 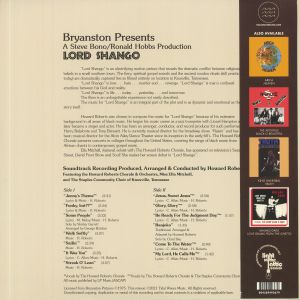