Nowadays, Keith Mansfield is regarded as one the doyens of library music, and original copies of his 1976 album Contempo are now highly collectable. That’s the case with many other KPM Records’ releases.

Everyone from sample-hungry hip hop producers and crate-digging DJs to film producers collect library music. They remember hearing  library music in cartoons, documentaries and quizzes as they growing up in the seventies and eighties. So will many other people who listen to a KPM Records’ releases including Contempo which was released  nearly two hundred years after the company was formed.

The Rise and Rise Of KPM.

Robert Keith founded a comp[any in 1780, to make of musical instruments, and fifty years later, in 1830, entered into a partnership with William Prowse, a music publisher. The newly formed partnership was named Keith Prowse Music (KPM), and over the next hundred years, the company grew and expanded into other areas,

By the early twentieth century, Keith Prowse Music was selling sheet music and concert tickets, but it was  the invention of the gramophone that proved to be a game-changer.

Demand for sheet music and concert tickets grew, and in 1955, Keith Prowse Music was decided to diversify, into one of the most profitable areas of music, music publishing.

One of the reasons behind the decision to diversify into music publishing, was to feed the demand for soundtracks for radio, television and film. Previously, music libraries supplied classical music, which was what was required.  By the mid-fifties, and the birth of television, the world and music were changing, and changing fast.

The newly named KPM Music was a much bigger player in the world music publishing. However, in the mid-sixties, a new name took the helm at KPM Music, and transformed the company into one of the biggest names in library music.

When Robin Phillips joined KPM Music in the mid-sixties, he proved to be an astute and visionary businessman. Two decisions Robin Phillips made demonstrate why. His first decision was that KPM Music should switch from the old 78 records to the LP, which made sense, as LPs were what people were buying. They were less prone to breakage, which meant less returns and more profit. LPs could contain more music, and could be released in limited editions of 1,000. The other decision he made was to hire the best young British composers and arrangers.

Among the composers Robin Phillips hired were Keith Mansfield and Johnny Pearson, whose talent and  potential as composers he recognised.  Robin Phillips managed to hired them before they’ had established a reputation,  although they were known within music publishing circles.

Later, Robin Phillips managed to hire some of jazz musicians of the calibre of John Cameron, Syd Clark, Alan Hawkshaw and Alan Parker. Their remit was to provide him with new music, which was referred to as production music. Many of their remits was to write music which matched themes or moods, which initially, wasn’t isn’t easy, but soon, the composers were able to do so. Almost seamlessly, the composers created themes for many well known television shows and films.

For the composers and musicians involved in writing and recording library music, they were part of what was one of the most lucrative areas of music. When EMI realised that KPM Music had one of the best and most profitable music libraries and decided to buy the company. Executives at EMI had spotted the profitability of library music and the consistency, quality and depth of KPM Music’s back catalogue. However,  not everyone within the music industry approved of library music.

Other songwriters looked down on writers of library music, and the British Musician’s Union wasn’t fan of library music. They banned their members from working on recording sessions of library music. Somewhat shortsightedly, the Musician’s Union thought that eventually, there would come a time when there was no need for any further recordings. Their fear was that the sheer quantity of back-catalogue would mean no new recordings would be made, and their members would be without work. Fortunately, KPM Records thought of a way to subvert the ban.

KPM Records would fly out composers, arrangers and musicians to Holland and Belgium, where local musicians would join them for recording sessions. This meant that often, the same musicians would play on tracks that were penned by several composers. For the musicians involved, this proved lucrative and some were reluctant to turn their back on session work for companies like KPM Records.

Meanwhile, the music that was being recorded in Europe and once the ban was lifted in Britain, found its way onto albums of library music released by KPM Music. Again, KPM Music were innovators, and  released limited editions of library music. Sometimes, only 1,000 albums were released, and they were sent out to film studios, television and radio stations and advertising agencies. However, by then, interest in library music had grown.

Later, DJs and sample hungry hip hop and house producers discovered the world of library music. This was a boon for many of these producers who were musically illiterate, and could neither read music nor play an instrument. with lots of practise the musically challenged “producers” were eventually able to sample albums of library music for their latest “production” and very occasionally, this resulted in a hit single for the musical pirates. However, most of the credit should’ve gone to those who made the music that had been sampled.

Contempto features Keith Mansfield at his best on a cohesive and truly timeless album of library music. The music is funky, soulful, string-drenched and sometimes jazz-tinged and rocky.

Side one of Contempo is uber funky from the get-go. The Fix is mid-tempo track with a tough cinematic sound where funk and rock combines with jazzy horns. They play their part on a track that wouldn’t sound out of place on a seventies cop show. What’s Cooking reveals a  dramatic, funky and sometimes has a lighthearted sound as it threatens to explode into life. The drama continues on the driving, funky and aggressive sounding Cut To Music.

Man Alive is another mid-tempo funky track that sometimes heads in the direction of fusion. Sometimes it has aggressive sound and other times breezes along. Closing side one is the funk rock of Funky Footage a toe tapping track that sample hungry producers will appreciate and be inspired by.

String-drenched describes Breezin’ which sounds as it’s been inspired by mid-seventies disco and jazz-funk. Strings sweep and swirl and play a leading role before they’re joined by horns and keyboards. Together they coming to create a beautiful carefully crafted track that’s slick and dancefloor friendly. On Good Vibrations sweeping strings join forces with horns, pounding drums, a funky guitar and sci-fi synths.

They combine to create a mid-tempo track with a romantic sound that’s been influenced by the West Coast Sound and Blaxploitation strut.

Then Sun Goddess reveals a funky, exotic and sensual sound. Love Deluxe then teases the listener before it gradually reveals a quite beautiful dreamy sounding track where synths augment the keyboards and sultry horns.

Closing Contempo is Snake Hips a rocky track where funky horns are deployed and augment the rhythm section on this mid-tempo slouch.

It’s all change on side two of Contempo with Keith Mansfield dropping the tempo. The music on this library record classic from 1976 veers between laidback, languid, dreamy and romantic. Later, it’s time to lie back, light a Dunhill and pour a glass of Bells as the music becomes post-coital on this cinematic library music opus.

Keith Mansfield is one of the greatest purveyors of library music and Contempo which was released by KPM is a genre classic. The two sides show different side to his music. Side one features crime funk while the tempo drops on the second side and the music is much more eclectic. He’s been inspired by Blaxploitation, disco, jazz-funk, fusion and the West Coast Sound. Strings, horns and Fender Rhodes are deployed by one of the doyens of library music on Contempo.

Nowadays, original copies of Contempo are rarities and very few copies come up for sale. When they do, the prices are usually beyond the budget of most collectors of library music. That’s no surprise as Contempo is now regarded as a library music classic. It’s also a reminder of the golden age of library music, and one of its leading lights, Keith Mansfield, at the peak of his considerable powers. 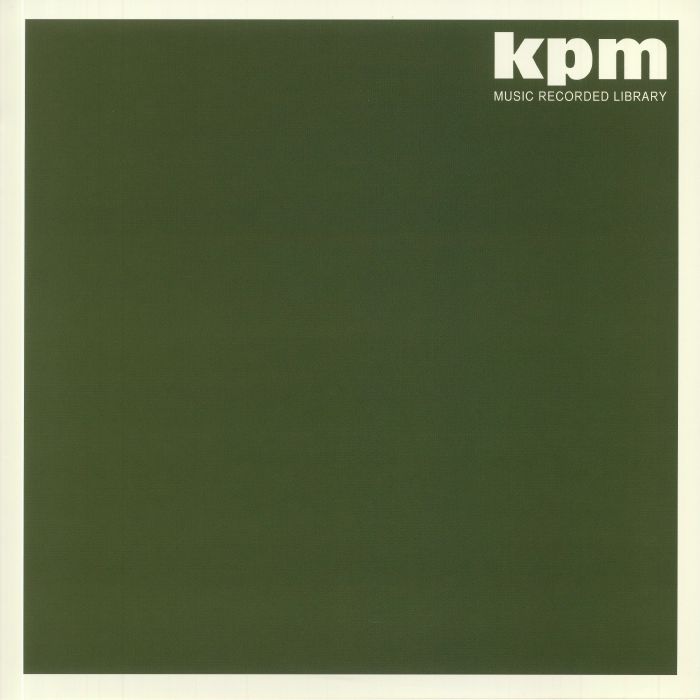