The origins of Jethro Tull can be traced to Blackpool,  Lancashire,  in 1962, where Ian Anderson formed his first group Blades, which was originally a four piece, featuring Ian Anderson on vocals and harmonica. A year later in 1963, Blades was a quintet and in 1964 the group was a sextet who played blue-eyed soul. However, by 1967 blades decided to spread their wings and  head to London.

Having moved to London, the band split-up within a short time, and only Ian Anderson and bassist Glen McCornick were left. This proved a blessing in disguise as they were soon joined by blues guitarist Mick Abrahams and drummer Clive Bunker. This was the lineup that featured of Jethro Tull that featured on their debut album This Was. That was still to come.

Before that, the nascent band had to settle on a name, and various names were tried, only to be rejected. Then someone at a booking agent christened the band Jethro Tull, after the eighteenth century agriculturist. Little did anyone realise that the newly named Jethro Tull would become one of the biggest bands in the world over the next decade.

Not long after becoming Jethro Tull, Ian Anderson acquired his first flute. Up until then, he had played harmonica and was trying to learn to play the guitar. Soon, , Ian Anderson realised that wasn’t a great guitarist, and having realised that the world had enough mediocre guitarists, decided to expand his musical horizons and bought a flute. Little did he realise this would be one of Jethro Tull’s trademarks.

After a couple of weeks, Ian Anderson had already picked up the basics of the flute. He was learning as he played. While this wasn’t ideal, it was the only way that possible. Especially with things happening so quickly for Jethro Tull who would soon release their debut single.

Sunshine Day was penned by Mick Abrahams, with Derek Lawrence taking charge of production. However, when their debut single was pressed, Jethro Tull realised that an error meant the  single was credited to Jethro Toe. To make matters worse, Sunshine Day wasn’t a commercial success and failed to trouble the charts. Despite this disappointment, thing got better when Jethro Tull released their debut album This Was.

Recording of This Was took place at Sound Techniques in London, with the sessions beginning  on the ‘13th’ of June 1968, and finishing on  the ‘23rd’ of August 1968. By then,  Jethro Tull had only £1,200 was spent recording their  debut album This Was. This money would soon be recouped when This Was released.

Prior to the release of  Jethro Tull’s  debut album This Was critics had their say on the album. The majority of the critics were impressed by This Was which was a fusion of blues rock, R&B and jazz. This pleased Jethro Tull and their management, who decided to launch This Was at the Marquee Club, in London.

Jethro Tull was only the third band to launch their debut album at the Marquee Club, and would follow in the footsteps of  the Rolling Stones and The Who. Both bands were  amongst the biggest bands in the world by 1968, and so would Jethro Tull.

On the ‘25th’ October 1968 Jethro Tull released This Was, which reached number ten in the UK. Three months later,  Jethro Tull released This Was in America on the ‘3rd’ of February 1969 and it reached sixty-two in the US Billboard 200. This was seen as a success by Island Records in Britain and Reprise in America. Jethro Tull had made inroads into the most lucrative music market in the world. It was a successful start to Jethro Tull’s career, which was about to enter a period where critical acclaim and commercial success were almost ever-present. However, there was a twist in the tale.

This Was is a vastly underrated and oft-overlooked album of blues rock Jethro Tull, a  chameleon like band who went on to become one of the most successful and innovative British rock bands of their generation. Part of their success was their determination to constantly reinvent their music and innovate. This they succeeded in doing during a long and illustrious career. However, the album that launched their career is their cult classic This Was which shows another side of Jethro Tull. 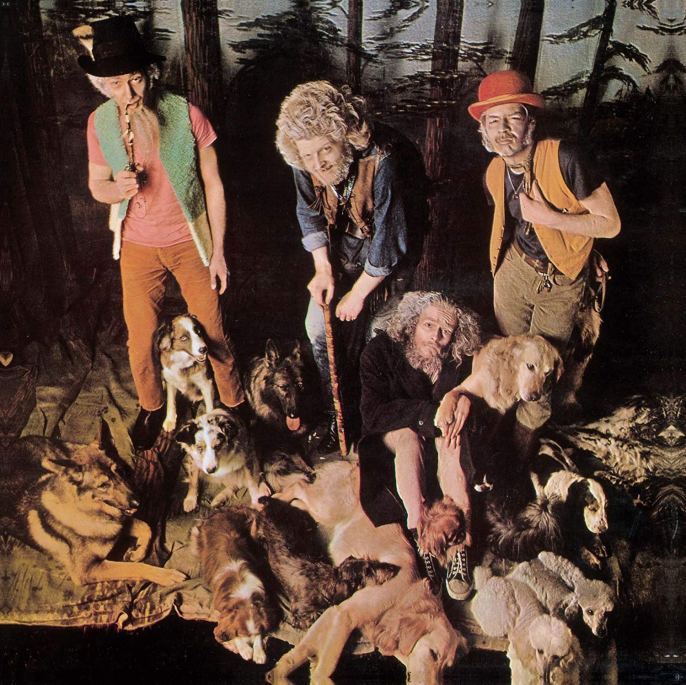