During the sixties, Motown was fortunate enough to have an array of talented female vocalists and girl groups on their roster. Some went on to become household names. This included Brenda Holloway, Kim Weston, Martha and The Vandellas and Gladys Knight and The Pips. They were the lucky ones.

For every star that was born at Motown, many talented singers signed to the label never enjoyed the success their talent deserved. Part of the problem was so many artists were signed to the label and many were left waiting for their chance to become a star. This was frustrating for many artists and groups. Especially those that had recorded singles and were waiting for them to be released.

Often the Motown machine failed to get behind the singles which were released without any fanfare. These singles failed to trouble the charts and often the dream was over for the artist.  However, at least their single had been released.

Other artists recorded tracks which were never released and their dreams were also crushed. Sadly, many had no option but to turn their back on music and return to the drudgery of the 9 to 5 life they had dreamt of leaving behind. Many of these artists never thought that the tracks they had recorded would ever be recorded.

Then decades later reissue labels started releasing compilations from the Motown back catalogue. This included Ace Records who recently released Good Good Feeling! More Motown Girls. It’s the latest instalment in their occasional Motown Girls series and features a mixture of familiar faces and new names on this twenty-five track compilation. Six of the tracks have never been released before and many others have only been released digitally. This makes Good Good Feeling! More Motown Girls a compilation that will be of interest to fans of the label. Especially given the array of talent that features on the compilation.

Opening Good Good Feeling! More Motown Girls is Martha and The Vandellas previously unreleased version of This Love I’ve Got. Originally, the song was intended for Ivy Jo Hunter and it’s thought that he recorded the song but the recording was lost. Later, the song was reassigned to Martha and The Vandellas who recorded it on the ‘19th’ August 1965 with producer by William Stevenson. The result was a hidden gem that could’ve been a sixties’ dancefloor filler.

Gladys Knight and The Pips are another group that feature twice on the compilation. Nothing But A Fool  was recorded over three sessions between April and June 1966 with Ivy Joe Hunter taking charge of production. The result was a stomper with a vocal powerhouse from Gladys Knight. Sadly, the song lay unreleased until 2016 when it was released digitally.

Brenda Holloway recorded the hook-laden dancer Good Good Feeling in LA on the ‘6th’ of March 1968. Incredibly, the song lay unreleased and makes its debut on this compilation.

On December the ‘2nd’ 1966 Debbie Dean laid down her vocal for When I’m So Helpless (When I’m With You). This was the second time she had signed to Motown and she was working with producer Dennis Lussier (aka Deke Richards) who cowrote the song. Sadly, after the recording was complete the track lay unreleased until 2016. That’s a great shame as DJs and dancers on the UK Northern Soul circuit would’ve enjoyed this track.

Irresistible and dancefloor friendly describes A Love So Deep Inside by The Velvelettes. Ironically the song wasn’t meant for the group. Instead, it was given to Ivy Joe Hunter but reassigned to The Velvelettes who recorded the song with William Stevenson on the ‘5th’ of January 1966. The song was never released and made its debut the CD The Motown Anthology in 2004. Seventeen years it returns for a well deserved encore.

In 1968, Gladys Knight and The Pips recorded  Show Me The Way with producer Richard Morris. They were following in the footsteps of Jimmy “JJ” Barnes who cut the song during his brief spell at Motown. However, the two versions are very different; with producer Richard Morris slowing the arrangement down. It becomes moody and seductive with Gladys Knight unleashing a vocal masterclass as The Pips provide complimentary backing vocals. Motown rejected the song which  lay which lay in their vaults until 2016 when it was released digitally. Belatedly soul fans were able to hear this soulful gem which features Gladys Knight’s impassioned soulful pleadings.

On the ‘10th’ of July 2020 Ann Bogan entered the studio with producer Harvey Fuqua who had also written Hold Me Oh My Darling. That day, she delivered a vocal that was a mixture of power, passion and emotion. Despite the quality of the song it lay unreleased until 2020 when it made its debut on a Cellarful Of Motown! A year later, this hidden gem makes a welcome return on Good Good Feeling! More Motown Girls.

Kim Weston wasn’t the first singer to record Drop In The Bucket. That was Mary Wells who  left Motown when she turned twenty-one. The song was then given to Kim Weston who cut the song with its writer William “Smokey” Robinson.  By the ‘23rd January 1964, executives at Motown had high hopes for the twenty-four year old singer and hoped she would replace Mary Wells as the label’s most successful female vocalist. However,  when Drop In The Bucket was recorded it was never released. Thirty-three years later in 1997 it featured on The Complete Motown Anthology. It was a reminder of a truly talented singer went on to enjoy a string of hit singles including her duet with Marvin Gaye It Takes Two.

Chester and Gary Pipkin wrote Stuck Up which West Coast session singer Oma Heard recorded with producers Marc Gordon and Hal Davis in LA in 1965. It’s a catchy track with handclaps and horns playing an important part in the arrangement. They provide the perfect backdrop for a frustrated and almost defiant vocal. Sadly, the song lay unreleased for fifty years until it was released digitally in 2015. It’s so good it deserves another airing and will still fill a dancefloor in 2021.

In Twenty Words Or Less was penned by Stanley Ossman and George Fowler who produced the song for LaBrenda Ben in 1963. His use of horns and backing vocals are particularly effective and compliment the vocal on a track that wasn’t first released until digitally in 2013. It’s regarded as a cult classic and a favourite of many soul fans.

Gospel meets soul on Brenda Holloway’s second contribution to the compilation, Keep Me. It was produced by the legendary Hal Davis in LA on the ‘28th’ June 1966. It’s the best of her two songs and features an impassioned and needy vocal on a vastly underrated track. It lay unreleased until 2016 and make a very welcome return on Good Good Feeling! More Motown Girls.

Watching A Plane In The Sky was recorded in 1968 by actress and singer Barbara McNair. By then, she had spent three years at Motown and had already released four singles and two albums. When she entered the studio with producer Frank Wilson of Do I Love You fame she thought she was recording her next single. That wasn’t to be and the song was never released. Two years later in 1970 Barbara McNair’s acting career took off when she starred as Sidney Poitier’s wife in the film They Call Me Mr Tibbs. However, the hidden gem Watching A Plane In The Sky is a reminder of a talented singer whose Motown years are well worth revisiting.

In 1968, The Lewis Sisters recorded the original version of My World Is Crumbling. It was produced by Brian Holland and Lamont Dozier and features a hurt filled vocal that sounds as if it’s lived the lyrics. The song was later was covered by Brenda Holloway and her version is now regarded as a soul classic. Sadly, the original was never released and commercially success eluded  the talented Lewis Sister who recorded just one more track for Motown. This however, was their finest and is a reminder of what might have been.

Closing Good Good Feeling! More Motown Girls is Yvonne Fair’s version of All I Could Do Was Cry  which was originally recorded by Etta James in 1960. This powerful five-and-a-half minute cover was recorded in 1969 and wasn’t released until 2019. It’s a welcome addition to the compilation and the perfect way to bring the latest instalment in the series to a  close.

Compilers Keith Hughes and Mick Patrick have dug deep to unearth the twenty-five tracks on Good Good Feeling! More Motown Girls. Six have never been released before and many have only been released digitally.  Throughout the disc that features contributions from familiar faces and what will be new names to all but the most devoted Motown aficionados the emphasis is on quality. There’s no filler whatsoever and often one wonders why the track wasn’t released? For fans of Motown or anyone with an interest in soul music this latest instalment in the Motown Girls’ series is one of the best and is well worth adding to their collection. 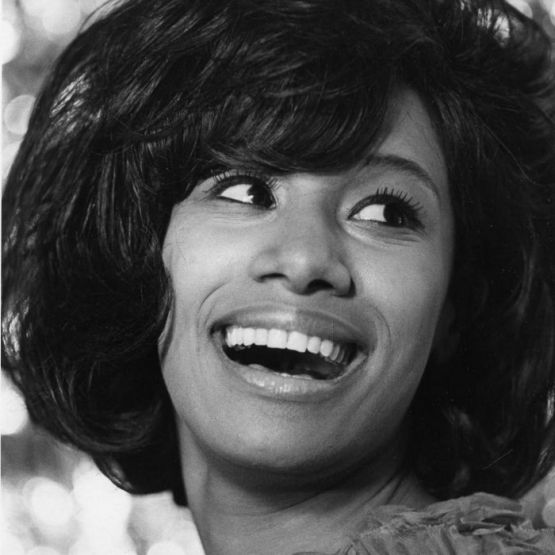