Do you remember that old mixtape that you never stopped playing? It was one your most cherished possessions. That mixtape was the soundtrack to your life. This includes the year you spent backpacking round the world, four years at university, your first serious relationship and then the breakup of your first relationship. The thing that got you through all the trauma, adventures, heartbreak, hurt and hope was that mixtape. Even now, all these years later, it’s one of your proudest possessions. Not that you listen to it much.

No. It’s more like a security blanket, one you just can’t, let go of. That’s despite the fact you’ve only listened to it a handful of times in the last fifteen years. Letting go of it, would be like letting go of all the memories associated with it. That just isn’t going to happen. Not if you’ve got anything to do with it. Accidents happen though.

On their day off, your partner decides to tidy up They come across this beaten, dusty cassette, decides to throw it away. That’s one possibility. Maybe one night, in a maudlin state, you you decide to play your trusty mixtape. In a fit of pique, just because you’ve never used it for years, your cassette player decides to eat your beloved mixtape. How would you cope? What would you do? Therapy is one option. Much cheaper, and much more enjoyable is a copy of Mr. Bird’s Lo-Fi Classics, which was released on 14th July 2014.

Low-Fi Classics is best described as a homage to your beloved mixtape. It’s guaranteed to bring memories flooding back. Especially if your mixtape was funky and oozed soulfulness. That’s the case with Mr. Bird’s Lo-Fi Classics, which features two funky cats doing what they do best, making soulful music.

This isn’t just any music though. It’s sweet, soulful and full of poppy hooks. Even better, the music has an old school sound. It’s a reminder of the music on your beloved mixtape. There’s a reason for this. It has not been over compressed. This means you can hear Lo-Fi Classics full dynamic range. That’s a rarity in modern music. Usually, modern music has been over compressed, due to the ongoing loudness war. Thankfully, Lo-Fi Classics hasn’t been a victim of the loudness war.Even better, the music flows.

That’s thanks to Mr. Bird. Remembering how much care, time and attention it took to make a mixtape, Mr. Bird has lovingly sequence Lo-Fi Classics. This means Lo-Fi Classics is a reminder of the classic hip hop soul of the nineties. Having said that, the music is totally unique. No wonder. Look at the two men behind Lo-Fi Classics, Mr. Bird and Greg Blackman.

Mr. Bird isn’t just a producer, he’s a DJ and multi-instrumentalist. Born in Newcastle-Upon-Tyne, Mr. Bird now lives in Lisbon, Portugal. He’s previously released a wide variety of music. This includes ambient, broken beat, funk, hip hop, house, slo-mo disco and soul. Many of these influences shine through on Lo-Fi Classics. Mr. Bird’s partner in soul is none other than Greg Blackman.

Just like Mr. Bird, multi-talented describes Greg Blackman. He’s an experienced singer and songwriter. Recently, Greg collaborated with DJ Vadim on his Dubcatcher album. On Lo-Fi Classics, Greg’s vocal versatility and sheer soulfulness allow him to breath life and meaning into twelve soulful jams. Many of the songs tell a story, including songs about love, love lost, heartbreak, hurt and hope. It’s can all be found on Lo-Fi Classics, which is a home made soul album that oozes quality. You’ll realise that, when I tell you about Lo-Fi Classics.

Over Again opens Lo-Fi Classics. Fittingly, it briefly has a lo-fi sound. Swathes of understated, lo-fi music sweep in. Then the arrangement  bursts, joyously into life. Greg Blackman delivers the first of his soulful powerhouses. It’s a needy and emotive. Waves of synths, pounding drums and hissing hi-hats provide the backdrop to Greg’s soul-baring vocal. Bubbling synths and a Fender Rhodes drift in. Later, filters are used effectively. They set the scene for Greg to take this track to its hip swaying crescendo.

Layers of scatted vocal are accompanied by a slinky piano on Save Me. Then Greg delivers a jazz-tinged vocal. This showcases his versatility, Mr. Bird ensures the arrangement is jazzy. He combines a piano, drums are sometimes, a stabs of Hammond organ. Harmonies accompany Greg, ensuring the song swings.

The Morning’s Coming is a driving slice of stomping soul. There’s a nod to Hall and Oates. Mr. Bird combines elements of soul, funk, pop and Northern soul. Stabs of braying horns and a pounding rhythm section accompany Greg’s urgent, despairing vocal. Bursts of harmonies and horns are added at just the right time. After that, Greg’s delivers a vocal masterclass, during this hook-laden soul stomper.

On Get On Through, It seems Greg has been inspired by Robert Palmer and Marvin Gaye. He drops the tempo on what seems like a laid-back, melodic slice of soulful music. His lived-in, needy, hopeful vocal is accompanied by a harmonies. Things change later, when a of myriad percussion, synths and space-age sound effects provide the backdrop. They sometimes, take the track in the direction you least expect. Then when Greg sings “bring it back,” the laid-back, melodic sound returns.

The tempo increases on Bounce To The Beat. It’s a fusion of funk, hip hop and soul. There’s even a nod to D’Angelo’s Voodoo album, albeit with a much quicker tempo. There’s a similar sound. Greg showcases his versatility again. His vocal is totally different to what’s gone before. It veers between funky and a rap to jazz-tinged and soulful. As for the arrangement, it’s a glorious melange of growling horns, funky rhythm section, percussion and keyboards. Full of hooks, joyful and uplifting, all you want to do is Bounce To The Beat.

Bad Advice Interlude explodes into life and sees Greg embark upon a forty-second vamp. He’s accompanied by synths, galloping drums and harmonies. Before long, it’s all over and you’re left wanting more.

Thunderous drums, crashing cymbals and snippets of dialogue open A Love Forever Fly. They’re joined by percussion and a bass, before Greg delivers a sultry, heartfelt vocal. Harmonies sweep in, answering his call. All the times the rhythm section provide the heartbeat. For his part, Greg ensure that this sweet, soulful vocal breathes life, meaning and emotion into this soulful paean, where the hooks haven’t been spared.

From the get-go, Since You’ve Been Gone has a vintage soul sound. There’s a Motown influence. It comes courtesy of the harmonies, rhythm section and percussion. Even Greg plays his part. His vocal is a soulful vamp. It’s as if a big weight has been lifted from his shoulders. That’s the case, when he sings “Since You’ve Been Gone, life has been heaven, leaving your scheming-ness behind.” After that, Greg and Mr. Bird combine to create an irresistible track with old school soulful sound.

As Where Did The Party Go? unfolds, Greg’s vocal reminds me briefly of D’Angelo. That’s before the tempo increases and crisp drums and a probing bass drive the arrangement along. Stabs of funky, growling horns are added. Meanwhile Greg’s vocal is rueful and wistful, tinged with sadness and confusion as he sings “Where Did The Party Go?” Greg sings the lyrics as if he’s lived them. That’s why this is one of the highlights of Lo-Fi Classics.

The tempo drops way down and we get into the groove, GB’s Groove. It comes courtesy of the rhythm section, handclaps and Fender Rhodes. They create a sultry backdrop with a feel-good, sunshine sound.

On The Dancefloor marks the return a Greg Blackman. He vamps his way through this, funky soulful track. The rhythm section combine with keyboards and percussion. Later, they’re joined by rocky guitars, a Hammond organ and harmonica.  They provide a funky backdrop as Greg delivers a sassy, soulful and funky vamp.

Right This Time closes Lo-Fi Classics. As the arrangement is driven along by the rhythm section and keyboards, Greg gives a holler. His multi-tracked vocal is tender and needy, as it soars above the arrangement. Strings sweep in as the arrangement builds. By now, Greg’s vocal is more of a vamp. It’s as if he’s saving his vocal for a big finish. That’s the case as he ensures the track ends on a high.

That’s the story behind Mr. Bird’s homage to the mixtape. Just like any self-respecting mixtape, Lo-Fi Classics took time to make. Three years to be precise. It was a long-distance collaboration.

Mr. Bird is exiled in Portugal. Greg however, is a native of Essex. However, in this age of DAWs and broadband, musical collaborators can be half a world away. That was the case here. These two soulful cats were able to record their parts of the project in their own studios, and bounce a copy via the internet. This is much easier, and cheaper, than jumping on plane and flying halfway across Europe to record in a strange studio. Much better to record the album in the comfort of their own home studio. That’s worked well here.

Lo-Fi Classics features twelve tracks and lasts forty-two minutes. The music is sweet, soulful, funky and full of poppy hooks. Even better, the music has an old school sound. There’s even a nod towards classic hip hop soul. It’s a reminder of the music on your beloved mixtape. Just like that old mixtape, Lo-Fi Classics has been carefully and lovingly sequenced. That’s why Lo-Fi Classics flows seamlessly, the music making perfect sense. It tells a story.

Many of the songs tell a story Lo-Fi Classic. There’s songs about love, love lost, heartbreak, hurt and hope. They’re delivered by Greg Blackman, who breathes life, meaning and emotion to the songs. He delivers the lyrics as if he’s lived them. It sounds as if Greg has felt the pain, heartbreak, hurt and sadness that he’s singing about. He’s also experienced the happiness, hope and joy he sings about on Lo-Fi Classics which will be released by BBE Music on 14th July 2014.

Lo-Fi Classics is the perfect replacement to your beloved mixtape. Especially since the music on that mixtape was the soundtrack to your youth. You’ve lived a lot since then. Your youth is another country. A lot has happened since them. Maybe, you’ve even grownup. This means relationships and responsibilities. So, maybe, the songs on that mixtape are no longer relevant. If not, Lo-Fi Classics, with its funky, soulful, old school sound, is the perfect soundtrack to the next part of your life . 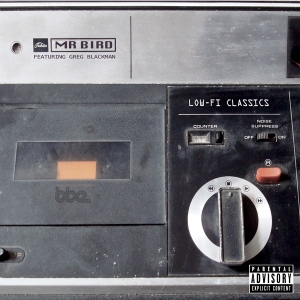