In May 2012, Djessou Mory Kanté, accompanied by some of Mali’s finest musicians, entered Studio Moffou and then Studio Rayle, in Mali. With his band, he recorded thirteen tracks. These were tracks that Djessou had written himself. Once the thirteen tracks were recorded, they became River Strings: Maninka Guitar. However, as is often the case, finding a label to release River Strings: Maninka Guitar took time.

That’s not surprising. Nowadays, record companies are unwilling to tie up even relatively small sums of money releasing an album on CD or vinyl. Before they do that, record companies will consider carefully the merits of each release. Often, the best an artist can hope is a digital release. Thankfully, though Djessou Mory Kanté was able to negotiate a better deal than that.

River Strings: Maninka Guitar features thirteen instrumentals, that last just over one hour. This is both traditional, beautiful and captivating African music. Its origins are in the Maninka tradition of Guinea and Mali. While this is the music Djessou Mory Kanté grew up playing, it’s the perfect showcase for one of Africa’s most talented musicians.

The first thing that strikes you about River Strings: Maninka Guitar, is its crystal clear, clean sound. Obviously, close attention was paid when it came to capturing the sound during the sessions in Mali. It was then mixed by Ben Turner and Ian Scott in Weymouth, England. Their less is more attitude to mixing perfectly suits the music.

River Strings: Maninka Guitar’s opening track is Coucou, a Kante Manfila and Salif Keita composition. The music veers between understated and sparse, to melodic, rhythmic and joyous. That’s also the case with Harouna, Coucou and later Dounia Bara, a trio of understated, laid-back tracks. They whet your appetite, leaving you to  wonder what delights are in store on River Strings: Maninka Guitar?

Nan Koura is quite different. It’s best described as thoughtful and wistful sound. This pensive, but heartachingly beautiful sound continues on Toubaka, which features guitarist Djelimady Tounkara. He also features on and Djandjo. Just like Denya, it’s dominated by a myriad of percussion, that goes toe-to-toe with Djessou’s guitar masterclass.

Earlier, I mentioned that some of the arrangements are sparse and understated. That’s not always the case. On some tracks, the arrangements have a much fuller, more developed sound. This includes Laban, where Djessou has been inspired by blues and funk.

Fakoly sits midway between the understated and fuller arrangement. That’s down to layers of guitars that interweave. As a result, there’s an element of urgency and drama. The result is a track that’s compelling and beautiful. So much so, that it’s akin to a snapshot into Djessou’s soul.

Confidently and deliberately, Djessou plays with urgency and precision on Senekela, Mbalia and Moussow. His guitar dominates the arrangement on these three tracks. He plays with fluidity and precision. Seamlessly, his fingers flitting up and down the fretboard. The guitar becomes as extension of Djessou, as he delivers three virtuoso performances. They’re a reminder why Djessou is the go-to-guitarist for the great and good of African music.

Not only does Kana Nka Kanu Sa close River Strings: Maninka Guitar, but it bookends the album perfectly. That’s down to the understated, sparse sound. Again, Djessou’s guitar plays a starring role, veering between melodic and rhythmic to tinged with melancholia and sometimes, joy.

Twenty years is a long time to wait before releasing a followup album. That, however, is how long it has taken Djessou Mory Kanté to release his sophomore album,  River Strings: Maninka Guitar. It would’ve been released earlier, as it was recorded in May 2012. The problem was, one many artists experience, finding a record label to release River Strings: Maninka Guitar.

Many record labels nowadays, are risk averse. They’d rather play it safe. That’s why every week, a deluge of cash-in compilations and best of’s are released. However, not every record label is risk averse.

River Strings: Maninka Guitar is a beautiful album of stunning music. Over thirteen tracks, elements of African and Western music melt into one. last just over one hour. Elements of blues, classical, jazz and funk shine through. Mostly, though, its traditional African music that shines through on River Strings: Maninka Guitar, a truly captivating and beautiful musical journey.Its origins are in the Maninka tradition of Guinea and Mali.

This is the music Djessou Mory Kanté grew up playing. Now he’s one of Africa’s most talented musicians. He’s akin to a musical master-craftsman. That’s apparent from the opening bars of Djessou Mory Kanté’s sophomore album River Strings: Maninka Guitar, right through to the closing notes of this beautiful, captivating, elegiac and ethereal album. 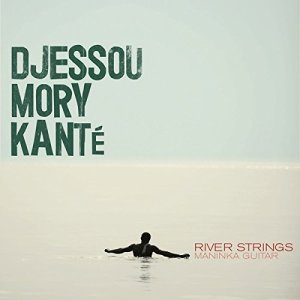