With the profits of their hit singles, the Bihari brothers, owners of the Modern and Kent labels, built a recording studio, pressing plant, distribution centre and offices. The Bihari brothers had come a long way in a relatively short space of time.

As the sixties dawned, music was changing. That would be the case throughout the sixties, and into the seventies. While some labels stood still, the Biharis were determined to released music that was relevant. So, between 1962 and 1972, the period Los Angeles Soul-Kent-Modern’s Black Music Legacy covers, the Modern and Kent labels released an eclectic selection of music. This includes country soul, funk, gospel, psychedelia, R&B, soul, Southern Soul and sweet soul. It seemed the Bihari brothers were covering all bases in their constant search for hits. That’s reflected in Los Angeles Soul-Kent-Modern’s Black Music Legacy’s track listing.

Los Angeles Soul-Kent-Modern’s Black Music Legacy, which was recently released by Kent Soul, an imprint of Ace Records, features twenty-four tracks. They’re an eclectic selection, including contributions from Johnny Adams, Johnny Copeland, The Intentions, Jimmy Bee, Earl Wright, Pat Hunt, The Windjammers, Tommy Youngblood, Jackie Shane, Millie Foster, Ruth Davis and Wally Cox. These tracks were recorded between 1962 and 1972. However, not all of the tracks were released during thus period. Indeed, twenty of the tracks were released between 1962 and 2000. The other four tracks from Los Angeles Soul-Kent-Modern’s Black Music Legacy have never been released before.

Don’t let the name DiFosco fool you. They’re not a disco group. Far from it. Their contribution, You Saved Me From Destruction is a fusion of soul and psychedelia was released in 1971. It was penned by Frank Clark. He also arranged and co-produced this single with Ervin Clark. The lead singer is none other than Dee Erwin, who previously, had a hit single with Little Eva with Swinging On A Star. Billed as Di Fosco Erwin Jr, he plays his part in an innovative and impassioned slice of 21st Century, psychedelic soul.

Johnny Copeland was a veteran of the Houston blues and soul scene, releasing over forty singles during the period between 1958 and 1980. Sadly, I Was Born To Love You, which was recorded in 1970, never made it only any of Johnny’s singles. Instead, it lain unloved unloved in the Modern’s vaults until it featured on Kent’s 1995 compilation Serious Shades Of Soul. At last this uptempo dancer was heard by a wider audience. Ten years later, and another generation of music lovers can hear a vocal powerhouse from Johnny that oozes emotion and hope.

I Only Have Eyes For You is an oft-covered track. In 1970, Jimmy Bee covered this Al Dublin and Harry Warren penned track. It was produced by Clarence Brown, and arranged and conducted by Rene Hall. It’s another track mixed by Alec Palao. Originally made famous by The Flamingoes in 1959, Jimmy stays true to the original. Elements of blues, jazz, doo wop, R&B and soul combine, as Jimmy delivers a heartfelt, seductive vocal.

Originally, Earl Wright’s I Don’t Know was released on the Hue label. It was a small independent label. Later, I Don’t Know was picked up by the Virgo label, who had a pressing and distribution deal with Kent. Virgo hoped to bring this beautiful, but wistful fusion of blues and soul to a wider audience. Sadly, I Don’t Know was just a regional his. That’s despite Earl’s despairing vocal, tinged with hurt and heartbreak.

Before embarking upon a solo career, Felice Taylor and her sisters Norma and Darlene, recorded as The Sweets. They released Satisfy Me Baby on the Soultown label. By 1966, Felice had embarked upon a solo career. She released her only single, It May Be Winter Outside (But In My Heart It’s Spring) on Mustang Records. It reached number forty-two on the US Billboard 100. While Felice’s next two singles failed to chart, her third single, I Feel A Love Coming On reached number eleven in Britain. Sing Me A Love Song however, is one that got away. Penned by Richie Adams and Irwin Levine, it was recorded but never released. That’s until now. Sing Me A Love Song, where Felice sounds remarkably like Diana Ross, is bound to find favour within the Northern Soul scene.

Many blues aficionados will know the name Tommy Youngblood. He forged a reputation as a blues guitarist, vocalist and songwriter. In 1969, Tommy released an album The Soul Of Tommy Youngblood. It was released on Kent, and featured one of Tommy’s compositions, Gone On Home.. Accompanied by stabs of horns and driving, stomping rhythm section, Tommy delivers a joyous and soulful vocal.

Jackie Shane was originally born in Nashville, the capital of country music. He then moved to Toronto, before releasing singles on labels in Washington, New York and Boston. By 1967, Jackie released a cover of the standard You Are My Sunshine on Modern. This familiar track is transformed. Elements of blues, gospel, R&B and soul unite, as Jackie releases a vocal powerhouse.

Millie Foster signed to Modern Records in 1967. Before this, she’d only released a trio of singles between 1962 and 1964. At Modern, Millie recorded a quartet of cuts. They’ve never been released before. That’s until now. Compiler Ady Croasdell struck gold when he discovered Millie’s version of Maxwell Davis’ Move A Little Closer. It’s sassy, sultry and seductive. Quite simply, it’s musical gold from one of soul’s best kept secrets, Millie Foster.

Closing Los Angeles Soul-Kent-Modern’s Black Music Legacy is Maurine Williams and The Mount Olive 2nd B.C. Choir’s version of the Betty Gouche ballad Your Gonna Miss Your Chance. This was a gospel track was pressed by Modern for a Los Angeles church. Accompanied by just a lone piano, Maurine Williams, accompanied by the choir delivers a heartfelt, impassioned vocal that’s both beautiful and oozes emotion.

Choosing just twelve of the tracks on Los Angeles Soul-Kent-Modern’s Black Music Legacy, to tell you about, wasn’t easy. Quite simply, Los Angeles Soul-Kent-Modern’s Black Music Legacy is crammed full of quality music. Whether it’s blues, country soul, funk, gospel, psychedelia, R&B, soul, Southern Soul or sweet soul, each and every track has quality written all over it. That’s no exaggeration.

Ady Croasdell must be one of the hardest working men in music. Hardly a month goes by, without Ady having compiled a compilation. If Ady’s not compiling compilations, he’s writing sleeve-notes. It seems Ady Croasdell lives and breathes music. That’s apparent on his latest compilation, Los Angeles Soul-Kent-Modern’s Black Music Legacy, which oozes quality. Los Angeles Soul-Kent-Modern’s Black Music Legacy is a welcome addition to the Kent Soul discography. 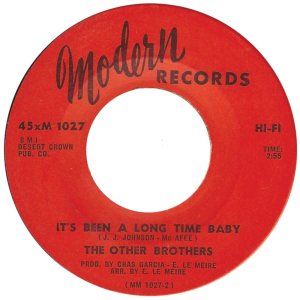 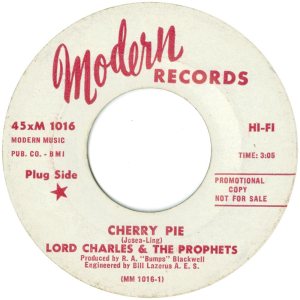