Dub was born in the sixties, and before long, its stripped down sound became one of reggae’s most popular sub-genres. Its founding fathers included King Tubby and Lee “Scratch” Perry. Then as the seventies dawned, a new generation of dub producers began to make a name for themselves.

This included Bunny Lee, Niney The Observer, Augustus Pablo and Sly and Robbie. Along with King Tubby and Lee “Scratch” Perry, they produced some of the most successful dub reggae. It went on to influence several generations of musicians.

From the seventies onwards, everyone from The Clash through to P.I.L., Primal Scream, Leftfield and Massive Attack have been influenced by dub. However, dub still continues to influence another generation of musicians, including Brian May.

Not that Brian May though. Apart from the legendary Queen guitarist, there’s another musician called Brian May. He’s the many of many musical outlets, including Beam Up, who recently released their debut album on BBE Music. Beam Up are determined to keep the spirit of dub alive.

To do this, Brian May has brought onboard a multinational group of vocalists. This includes Terrence Alfonso Bowry, a British-born, Canadian national, who previously, was a stalwart of Shanghai’s jazz and blues scene. That’s where Terrence gained a wealth of experience, including working alongside Wynton Marsalis. Famed for his ability to harmonise and improvise, Terrence was a welcome addition to Beam Up. So is Jornick Joelick.

For those unfamiliar with Jornick Joelick, he’s a French-Guyanan rastaman. He’s been blessed with a big, powerhouse of a vocal. It also has a an earthy, rootsy quality. This was just what Brian May was looking for on Innerstand. However, the final piece of the musical jigsaw was Katya Tasheva.

Berlin based Katya Tasheva, is a polyglot singer, who previously, has sung everything from drum and bass and pop, right through to world music. This includes working alongside RotFront, the Berlin based world music band. Katya Tasheva’s previous experience will stand her in good stead for what Brian May describes as a musical journey.

However, Innerstand is no ordinary musical journey. Brian May describes Beam Up as taking the listener on a musical journey, one that references his musical This includes includes the music of Jamaica. King Tubby is top of Brian May’s list of musical inspirations. He’s joined by The Skatalites and Glen Brown. Other inspirations are places that Brian has lived and worked.

This includes Australia, where Brian May spent twelve years working as a drive time DJ. Having emigrated from Britain in 1989, Brian settled in Melbourne. That’s where he spent the next twelve years DJ-ing on radio and clubs. Right through to 2001, Brian toured Australia and New Zealand DJ-ing. So, Australasia is a special place to him, one that has influenced his music. However, so have Japan and Berlin.

After leaving Australia, Brian headed to Osaka, Japan. Before long, he had immersed himself in the city’s reggae scene, and became a member of the band Bush Of Ghosts. As if that wasn’t enough, Brian was DJ-ing at underground parties across Japan. However, eventually, Brian decided it was time to move on.

From Osaka, Brian May headed to Berlin, where he spent a year. Then he decided to move on. He returned to Melbourne in 2006, and founded the city’s first Balkan music scene. However, Brian hadn’t turned his back on dubwise. He had a foot in two musical camps. That was the case right through until 2008, when Brian returned to Berlin.

Back in Berlin, Brian picked up where he left off in Melbourne. he was spinning the Balkan sound and dubwise in Berlin. Before long, he was DJ-ing across Europe. Soon, opportunities were began to unfold for Brian May.

Brian and John  met in 2011. Since then, their fusion of sound and art have been exhibited around the world. From New York and Berlin to Brian’s former home from home, Australia, the pair have exhibited their work. Still, somehow, Brian has found time to DJ and produce music, including Beam Up’s debut album Innerstand.

Aided and abetted by Terrence Alfonso Bowry, Jornick Joelick and Katya Tasheva, Brian May recorded the thirteen tracks that became Beam Up’s debut album Innerstand. It’s an album Brian describes that:  “takes those dubwise qualities of rhythm, space and bass, to shape a series of tracks that could be tagged as a variety of genres.” The result is a multinational dub experience, with a contemporary 21st Century sound. Fittingly, Brian dedicates Beam Up’s dub experience, Innerstand, to one of dub’s founding fathers, the inimitable King Tubby.

Opening Beam Up is I Must Be Dreaming, a one of five tracks featuring Terrence Alfonso Bowry. It’s guaranteed to grab your attention. Pounding, dubby riddims and stabs of organ provide the backdrop to Terence’s joyous, sometimes hopeful vocal. Together, they create delicious track with a feel-good, summery vibe. Terence returns on Hanabi Dub, which  sees a change in direction. The arrangement crackles, as firecrackers soar high into the night sky. A bounding bass, hissing hi-hats, thunderous drums and a myriad of sound effects combine. They’re later joined by hypnotic keyboards. However, at the heart of the arrangement is  Terence’s needy, emotive vocal. Tinged with hurt and heartbreak, Terence lives the lyrics, bringing meaning and emotion to them.

Dive marks the debut of Katya Tasheva on Innerstand. From the get-go, Beam Up’s riddims threaten to damage your bass bins. They’re soon joined by percussion, stabs of a dusty Hammond organ and Katya Tasheva’s tender, heartfelt vocal. It’s quite understated compared to the arrangement. Stabs of horns are added. So are sci-fi sound effects and harmonies, Occasionally, Katya’s vocal becomes dubby. This isn’t overdone though. Instead, it’s used sparingly, resulting in Dive being one of Innerstand’s highlights.

Brian May set out to pay homage to King Tubby. Divers sees Beam Up keep the spirit of dub alive. With Beam Up’s rhythm section, percussion and bursts of keyboards, the dubbiest of all the tracks on Innerstand unfolds. It sounds as if it was made in Kingston, Jamaica during the seventies, not Berlin forty years later. Its hypnotic sound mesmerises and tantalises. Especially, when braying horns are added to the mix. Quite simply, it’s a dub-licious track.

Kick Off is neither as loud nor intense. It’s a much more understated, spacious track. There’s also more headroom. From the opening bars, you’re captivated as genres melt into one. Obviously, dub and reggae are omnipresent as the rhythm section, percussion and keyboards combine. However, there’s also an electronic influence. Later, things even get funky and soulful, as Beam Up don’t spare the hooks.

No Chains is the first of two tracks to feature Jornick Joelick. He delivers a soul-baring vocal, full of frustration, anger and emotion. Meanwhile, Beam Up combine their trademark riddims with stabs of blazing horns, percussion and a myriad of sci-fi sounds. It’s a potent and heady brew, one that sounds as if it was made in Jamaica in the mid to late seventies.

Mi Amor marks the return of Terrence Alfonso Bowry. Urgent riddims, are joined by stabs of keyboard. They add to the sense of urgency. Then when Terrence’s vocal enters, it’s heartfelt and hopeful. By then, the arrangement is best described as funky, 21st Century dub with an electronic twist. There’s a nod to drum and bass. This is dub, but not dub as we know it. Instead, it’s an innovative track where dub is reinvented for another generation of music lovers.

Fisherman is best described as a musical pot pourri. Straight away, the track takes on a cinematic sound. As fisherman paddle their boat, a storm brews. This is the signal for keyboards and percussion to combine. As a haunting, moody sound floats above the arrangement, dubby riddims and stabs of horns sound. Later, strings sweep in, as Beam Up showcase their unique, cinematic dub sound.

The cinematic sound continues on Travelling. A train sound, as Jornick Joelick heads off on a musical journey. He delivers an impassioned vocal. Accompanying his is a vintage sounding arrangement where elements of dub, soul and reggae combine. Washes of an uber soulful Hammond organ combine with the rhythm section, percussion and pizzicato strings. They provide a quite beautiful, laid back sounding arrangement for Jornick as he heads of Travelling.

Ghost Fight is the first of two tracks to feature Terrence Alfonso Bowry. From the get-go, it’s obvious Beam Up’s destination is planet dub. Meanwhile, Terrence’s vocal is a soulful plea. Then on Innocence, Beam Up drop the tempo. Terrence’s vocal is heartfelt and sometimes, wistful. Washes of keyboards and thunderous drums combine, creating a spacious arrangement. By then, Terrence’s vocal is similarly spacious. Lyrics hang in the air, as memories come flooding back to a melancholy Terrence on this soulful slide of dub.

Astronomy Dub closes Beam Up’s debut album Innerstand. Slowly, and gradually, the arrangement unfolds. It’s as if it’s reticent about sharing its secrets. While what follows is dub, it’s dub with a difference. Sometimes, it’s moody, other times it takes on an almost ambient sound. Brian May it seems is determined to reinvent dub, to ensure it stays relevant.

That’s been the case throughout Innerstand. Beam Up, lead by Brian May, isn’t content to make an album that replicates the traditional dub sound. No. He realises that to stay relevant, dub like any musical genre, has to constantly try and reinvent itself. So, on Innerstand Beam Up take a series of twists and turns on what’s essentially, a musical journey.

During this journey, Beam Up add everything from ambient and drum and bass, through electronica, funk, rock and soul. Some of these genres make only fleeting appearances. However, listen carefully, and they’ll shine through during Innerstand’s thirteen tracks.

Brian May, like many dub practitioners of yore, is a musical alchemist. The recording studio is where he makes magic happen. Staring with the stripped back dub sound, Brian dips into his musical palette. He borrows from various musical genres. What follows is a musical pick and mix, Innerstand which was recently released by BBE Music.

On some tracks, he’ll combine a soulful vocal to some dubby riddims. Other times, the result of his musical alchemy is what’s best described as cinematic dub. Then on other tracks, it looks like Brian is about to stay true to the original spirit of dub. It’s as if it’s something sacred, and he doesn’t dare change the recipe. However, it’s as if he can’t help himself. He can’t resist adding an ingredient from his musical palette. What follows is dub reinvented, dub for the 21st Century.

That’s why, for anyone who has even a passing interest in reggae or dub, then Beam Up’s debut album Innerstand should find its way into their record collection. However, Innerstand will also appeal anyone who enjoys good music. With its summer, feel-good vibe, Innerland will be the perfect soundtrack to the summer. No wonder. Innerstand is a truly dub delicious album from Beam Up. 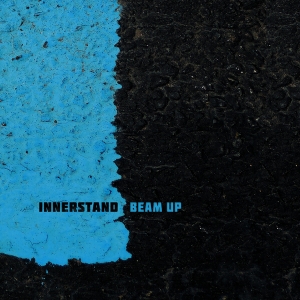