Ever since the birth of rock ’n’ roll, musical genres have fallen in, and then out, of fashion. That was the case as the seventies dawned. The sixties had come to a disappointing end. It may have been a musical age of aquarius, but it ended badly.

Undoubtably the sixties was  a golden age for music. From the moment The Beatles burst onto the scene in 1962 with I Wanna Hold Your Hand, the times they were a changing. Soon, some of the biggest names in music announced their arrival. At first there were Bob Dylan, The Rolling Stones and The Beach Boys. Then the British Invasion bands took America by storm. From The Kinks, The Animals, The Who, The Small Faces, The Yarbirds and later Cream, British bands lead the way. However, America was soon fighting back.

The land of the free responded, and gave the world The Jimi Hendrix Experience, The Byrds, Big Brother and The Holding Company, The Doors, Jefferson Airplane, the Grateful Dead, Country Joe and The Fish and Crosby, Stills, Nash and Young. A golden age for music was unfolding.

Music was in a constant state of flux. From the pop of the early sixties, folk, country rock, folk rock, garage rock and psychedelia all ensured that the sixties swung. However, as the sixties drew to a close, a cloud hung over music.

On August 10th, 1969, America awoke in a state of shock. The previous night, The Manson Family had embarked upon a murderous spree at the Tate and LaBianca households. Gradually, the details started to filter out.

Americans were then shocked to discover that songs like Helter Skelter, from The Beatles’ White Album may have influenced The Manson Family. This resulted in a backlash against both psychedelia and the hippie movement. The final nail in psychedelia’s coffin happened at The Altamont Free Concert.

The Rolling Stones decided to put on  free concert at Altamont Speedway, in Northern California. What was meant to be a concert featuring the great and good of psychedelia went badly wrong. Santana, Jefferson Airplane, The Flying Burrito Brothers, Crosby, Stills, Nash and Young, the Rolling Stones and Grateful Dead were all booked to play. It was meant to be a major event in psychedelic’s musics history. After the carnage in Los Angeles, everyone hoped this would be a good news story. It wasn’t.

As the Rolling Stones took to the stage, the concert descended into chaos. The Hell’s Angels fought with the audience, and Meredith Hunter, a black teenager, was allegedly stabbed by a member of the Hells’s Angels who were meant to be providing security at Altamont. After this, the event was cancelled. The Grateful Dead never even took to the stage. Altamont had been a disaster. There were three accidental deaths, many were injured, property was destroyed and cars stolen. As the sixties drew to a close, the events at Altamont played its part in the decline of psychedelia.

As the seventies began, music was continuing to evolve. Psychedelia was no longer as popular. However, new musical genres were making their presence felt. Prog rock was growing in popularity. So were singer-songwriters like Carole King, James Taylor and Jackson Browne. In Detroit, Memphis and Philly, the soul factories were churning out their trademark sounds. Then there was heavy metal. Black Sabbath, Deep Purple and Led Zeppelin were the holy trinity of heavy metal. They were also trailblazers for future generations of heavy metal groups. Meanwhile, in the West Coast of America, a new sound was emerging.

From the early seventies onwards, the West Coast Sound, was winning over the hearts and minds of record buyers. No wonder. With its lush harmonies, slick sound and clever chord progressions the West Coast Sound was irresistible. Groups like The Eagles, The Doobie Brothers, Fleetwood Mac, Chicago, Foreigner, Supertramp and REO Speedwagon would go on to enjoy widespread commercial success and critical acclaim. That’s no surprise. Their music was always slick, full of clever hooks and always memorable. So, it’s no surprise that nearly forty years after the heyday of the West Coast sound, the music is just as popular as ever.

Just over a year later, and the news is out. Too Slow To Disco Volume 2 will be released by How Dare You Are Recordings, on 15th June 2015. Just like Too Slow To Disco, it features a glittering array of artists.

Jimmy Gray Hall released Be That Way as a single in 1973. It was released on Epic, and is one of just two singles the Nashville born singer-songwriter released. Funky and soulful with gospel tinged harmonies, hooks haven’t been spared on Be That Way.

Eric Kaz released two albums for Atlantic in the early seventies. His debut album was 1972s If You’re Lonely. This marked the debut of the New York born singer, songwriter and keyboardist. Two years later, Eric returned with Atlantic swan-song, Cul-De-Sac. It was released in 1974, and featured Come With Me. Sadly,  Cul-De-Sac failed commercially and that was the end of Eric’s solo career. However, Come With Me is a reminder of a talented singer, songwriter and musician, who could’ve should’ve enjoyed commercial success and critical acclaim.

Paul Davis had released three albums before he released Southern Tracks and Fantasies in 1976. This was the fourth album he released on Bang. The lead single was Medicine Woman. Laid-back, with an understated arrangement, it’s a quite beautiful, dreamy track.

Bruce Hibbard was born in Oklahoma City and by 1980, was an accomplished singer, songwriter and keyboardist. He released his debut album A Light Within in 1980, on the Seed label. A year later, and Bruce had signed to the Myrrh label. He released sophomore album, Never Turnin’ Back later in 1981. One of its highlights was the title-track. From the sultry saxophone that opens Never Turnin’ Back, the arrangement bubbles along. Harmonies and a rocky guitar accompany Bruce’s tender, heartfelt vocal. It’s impossible not to be swept away by Never Turnin’ Back’s hook-laden sound.

Michael Omartian released his debut album White Horse in 1974. White Horse was released on ABC Dunhill Records, and featured Fat City. This was one of Michael’s compositions. He was a singer, songwriter, arranger, producer and keyboardist. Fat City showcased the multitalented Michael Omartian. He’s responsible for a funky, soulful slice of seventies rock.

Closing Too Slow To Disco Volume 2, is Michael Nesmith’s Capsule (Hello People A Hundred Years From Now). This is the track that closed Michael’s 1979 album, Infinite Rider On The Big Dogma. It was released on Michael’s Pacific Artis label, which he founded in 1974. Since then, it had been a musical home-from-home for the multi-talented singer, songwriter, musician and producer. Soulful, smooth and sometimes funky, it’s the perfect way to close Too Slow To Disco Volume 2.

Instead, the compiler focuses on tracks most people won’t have heard of…until now. After hearing Too Slow To Disco Volume 2, they’ll be looking for albums by many of the artists they’re unfamiliar with. For whatever reason, the commercial success and critical acclaim Daryl Hall and John Oates enjoyed, eluded them. That could be for any number of reasons.

Dave Raynor’s album Rain Or Shine was a private pressing. Maybe music was only a hobby? Who knows. What I do know, is that Dave Raynor is a talented singer-songwriter. That’s the case with all the artists on Too Slow To Disco Volume 2. For whatever reason, they never enjoyed the success their talent warranted. That’s a great shame. Especially, that during this period.

Most of the music on Too Slow To Disco Volume 2 was released between the early seventies and the early eighties. While this was a golden era for music, there were a few blots on the musical landscape.

Throughout the seventies, the American soul factories were churning out manufactured music. It featured their trademark sound. Many of the artists that enjoyed commercial success, neither wrote, arranged  nor produced the music they wrote. That’s ironic, given many of the artists on Too Slow To Disco Volume 2 were singers, songwriters, musicians and producers. Then there was the sound that sucked, disco. It become a musical phenomenon, before dying in July 1979, in of all places, a ball park in Chicago. Finally, there were the ultimate musical charlatans, punks. While the new breed of punk groups stole a living, many talented purveyors of the West Coast Sound struggled to make a living. Music, like life, was proving not to be fair. However, thankfully, now, the West Coast Sound is back in fashion.

After years when the West Coast Sound was out favour, now it’s enjoying a resurgence in interest. Over the last couple of years, the West Coast Sound has been embraced by a new generation of music lovers. Those of us who were “there,”  are still enjoying what was part of the musical soundtrack to our lives. Through the release of compilations like Too Slow To Disco Volume 2, helpfully people will revisit the music of Daryl Hall and John Oates, Jimmy Gray Hall, Eric Kaz, Dave Raynor, Paul Davis, Michael Omartian and Michael Nesmith. While many of them aren’t household names, they could’ve and should’ve been. They certainly had the talent. What they didn’t have was luck. If they had caught a break, many of the artists on Too Slow To Disco Volume 2 would’ve enjoyed the commercial success and critical acclaim that their talent warranted. 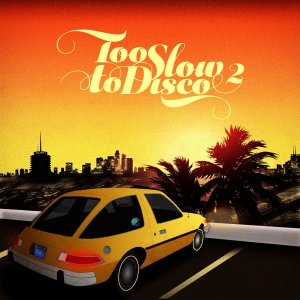 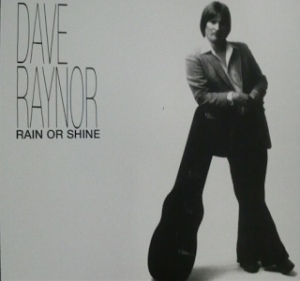 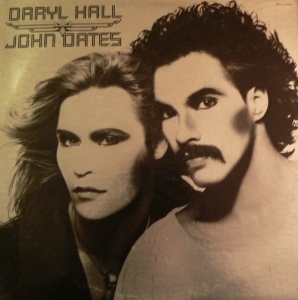 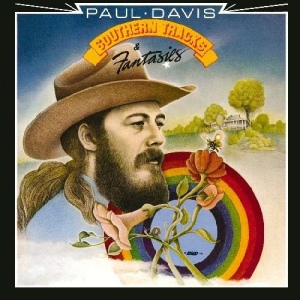