Previously, Steven Wilson had worked wonders with some of King Crimson’s back-catalogues. So, allowing him to work  his magic Jethro Tull’s  Aqualung and Benefit was a calculated gamble.  It had the potential to breath life into both albums. Listeners were able to see whether that was the case when Steven Wilson’s 2013 mix of Benefit was released on PLG. Would it be a welcome addition to any Jethro Tull’s fans music collection?

Thick As A Brick, which was reissued in 2015 by PLG, was a concept album. Not just any concept album though. Instead, Thick As A Brick was a concept album featuring just one lengthy track. This track, Jethro Tull described as “bombastic” and “over the top.” It was meant to be an adaptation of an epic poem written by an fictional eight year old prodigy. It’s meant to be Homeric, but with a bombastic, humorous style. The album came complete with a cover that replicates a comedic newspaper, which features the poem penned by the child prodigy. In reality, the lyrics were written by Ian Anderson, Jethro Tull’s lead singer.

He played his part in what became Jethro Tull’s most popular album in Britain. On its release in March 1972, Thick As A Brick was certified silver in Britain, and gold in America. Ian Anderson’s parodic concept album saw Jethro Tull triumph again, as they became progressive rock pioneers. 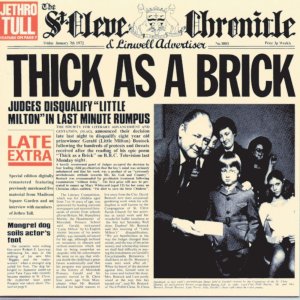 Used to traditional, more mainstream jazz music, free jazz was another world to them. Bebop, hard hop and the West Coast jazz they could understand, but not free jazz. It went against jazz’s fundamentals. Free jazz was akin to jazz’s maverick genre. This was a step too far. As a result, many jazz lovers were missing out on many ambitious and innovative albums, including John Carter/Bobby Bradford’s Self Determination Music, which was recently reissued by BGP Records, an imprint of Ace Records.

By the end of the seventies, John Marty’s marriage had broken down. This led to John pressing “the self destruct button” as he described it. John became addicted to alcohol and drugs. He later said this was a very dark period in his life. Grace and Danger, which was released in October 1980, was the album that came out of this period, and the start of a turbulent time for John Martyn, both personally and professionally.

Grace and Danger was an autobiographical album, that described what he was going through at that time. John’s marriage had broken down and divorce proceedings were underway. This makes the music on Grace and Danger very personal. It’s akin to a snapshot to the pain, hurt and regret John was experiencing. This shines through on Grace and Danger which was reissued by Commercial Marketing during 2015.

Quite simply, Grace and Danger is best described as the most personal album John Martyn ever released. It’s tells the story of one of the worst periods in his life, where the newly heartbroken John Martyn lays bare his soul for all to see and hear.  What would’ve been fascinating, is if Beverley had replied to Grace and Danger. We could’ve heard her side to the story. Sadly, that never happened, and despite Beverley making a recent comeback, is unlikely to ever happen. As a result, Grace and Danger, one of John Martyn’s most underrated albums, remains one of the most soul-baring and cathartic breakup albums ever released. 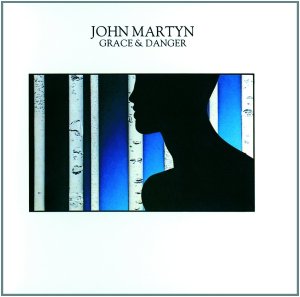 When John Martyn took Live At Leeds to Island Records in 1975, they refused to release, the album. This would prove costly. John resorted to selling signed copies of this future legendary live album from his home.

Since then, Live At Leeds has become one of the legendary live albums. Forty years and five reissues of Live At Leeds later, and still, John Martyn fans haven’t tired of his classic albums. While some purists prefer the original version, that John sold from his house, which is now a collector’s item, the expanded 2015 Deluxe Edition of Live At Leeds  is a very welcome reissue. It features one of John Martyn’s legendary concerts, and for his legions of fans, is a reminder of a musical maverick live in concert. 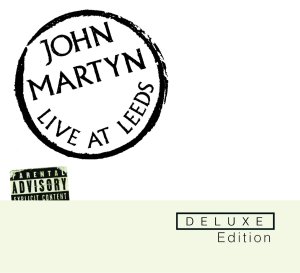 By the time Johnny Hammond began work on Gears, his music had been becoming more funky. Aided and abetted by the Mizell brothers, Johnny Hammond recorded what was hailed as the finest jazz-funk album of 1975. They only changed their mind when Donald Byrd released Spaces and Places. However, since then, Gears is regarded as a timeless jazz-funk classic, which  is a fitting reminder of a jazz great.

After the success of Vrooom, the members of King Crimson regrouped at Peter Gabriel’s Real World Studios, in Wiltshire. It was one of the best equipped and most advanced studios in Britain. At the heart of Real World Studios was the latest Solid State mixing desk, and plethora of outboard equipment available to King Crimson. This would prove perfect for King Crimson who were about to release one of the most ambitious albums of their career, Thrak. It featured a double trio.

Thrak, was released in 1995, and marked the return of comeback Kings King Crimson.Twenty-six years after they released their debut album, In The Court Of The Crimson King, King Crimson were back. It may have been a different lineup of the band, but they were still making innovative music that’s stood the test of time.

Unlike many albums released during 1995, Thrak sounds as good today, as it did today. That’s partly, because the album has been remixed. There’s a clarity to the music that wasn’t there before. Each of the instruments gets the opportunity to shine, as the double trio work their way through Thrak’s fifteen tracks. Just like they had on previous albums, Thrak featured innovative, influential and groundbreaking music. It was meant to be progressive rock for the twenty-first century. Sadly, reviews of Thrak were mixed, and since then, the album has been one of the rare, hidden gems in King Crimson’s. Not any more. The recent reissue of Thrak by DGM will allow a new generation of music lovers to reappraise and rediscover the delights of Thrak. 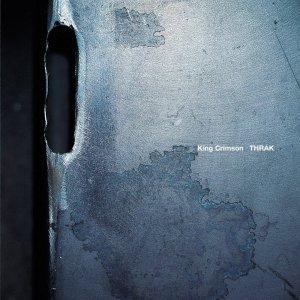 Despite being one of the most innovative musicians of his generations, Laraaji still remains one of music’s best kept secrets. That’s despite releasing nearly thirty albums. Many of these albums showcase Laraaji’s unique ambient sound. Best known for playing the zither, Laraaji’s music is best described as a fusion of ambient, experimental and psychedelia. Hypnotic, mesmeric and meditative also describes Laraaji’s music. That includes the album that launched Laraaji’s career, Ambient 3 (Day Of Radiance) which was recently reissued by Glitterbeat.

Ambient 3 (Day Of Radiance) was produced by Brian Eno and released in 1980. It was Laraaji’s third album, but the first released by a record label. This was a coming of age for Laraaji, who over the next four decades, released nearly thirty ambient albums.

After the death of drummer John Bonham, the remaining members of Led Zeppelin wanted to cal time on the band. They didn’t want to go on without their fallen comrade. There was a problem though, Led Zeppelin still owed Atlantic Records an album. This dated back to when Led Zeppelin formed their Swan Song label in 1974. However, this wasn’t the official reason.

According to Jimmy Page, the three members of Led Zeppelin had noticed how popular bootleg recordings were. They were selling in vast quantities. Given they were unauthorised releases, Led Zeppelin weren’t benefiting from the releases. So the remaining members of Led Zeppelin decided that they should reissue some of the unreleased material in the vaults. Led Zeppelin had been together for eleven years before John Bonham’s death, so there was plenty of unreleased material. There was more than enough for one album. That was apparent on Warner Bros’ recent reissue of Coda.

Not only does Coda feature the eight tracks on the original version of Coda, but there’s eight tracks on disc two, and another seven tracks on disc three. Forty-three years later, and the Led Zeppelin vaults are the gift that keep on giving. Back in 1982, John Paul Jones saw the release of Coda as an opportunity for Led Zeppelin to showcase some of the hidden gems that lay unreleased in the vaults. While Coda was hardly Led Zeppelin’s finest hour; just like In Through The Out Door,  Coda featured fleeting moments of genius. This makes Coda a worthy addition to any record collection, and a reminder of one of the rock’s unholy trinity’s hell raising days and classic years.