He succeeded in doing so, but only ever released one solo album, Me and You. It was released on the Nigerian label Top Records in 1985. It wasn’t. EMI Africa chose not to release Me and You. Since then, Me and You lay unreleased. That’s until 2015, when BBE Africa released Me and You.

Maybe Eji Oyewole’s lyrics were seen as too controversial? The Nigerian economy was booming, and inward investment was at an all-time high. Many people were getting rich. This didn’t include many ordinary, working class Nigerians. They were living in abject poverty. If they had heard Prince Eji Oyewole’s message of unity and togetherness, they could’ve rebelled. That couldn’t be allowed to happen. So Charity Begins At Home was pulled. If that is the case, then Nigerian musical history could’ve changed? Maybe, Highlife would’ve evolved, and gone in a new direction. It may have taken on a funk fuelled sound. That wasn’t to be. Instead, the status quo remained, and it wasn’t until much later that  highlife began to evolve, and musically, become more relevant. By then, Eji Oyewole had moved on, and joined the band Piliso, who had just released an album. Me and You was part of Eji Oyewole’s past, and wouldn’t be released until 2015. 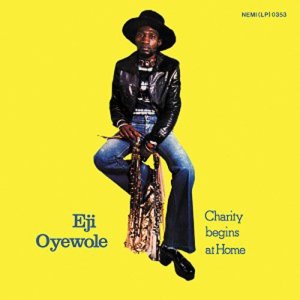 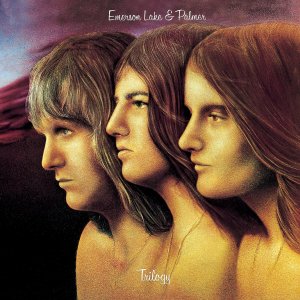 Back in 1970, Bob Thiele recorded Gil-Scott Heron’s Small Talk At 125 and Lenox for his Flying Dutchman Productions. Sadly, when Small Talk At 125th and Lenox was released, it wasn’t a commercial success. However, a small crumb of comfort was, that The Revolution Will Not Be Televised found its way onto radio play lists. That was encouraging for Bob and Gil. The Revolution Will Not Be Televised introduced a wider audience to Gil Scott-Heron’s scathing take on politics, social comment and satire. This was first heard on Small Talk At 125th and Lenox, which was reissued by BGP, an imprint of Ace Records in 2015.

Gil rails and rages against  corruption, hypocrisy, inequality, poverty and racism. Gil Scott-Heron a long-term political activist and advocate for change warns against inactivity. He longs for change, and is determined to make America a better country. His manifesto for change was Small Talk At 125th and Lenox.

This potent, powerful and explosive mix of social and political comment was a reflection of where America was, socially and politically. Racism still blighted America. Gil took this personally. It was like a personal affront. He felt obliged to speak up for those without a voice on Small Talk At 125th and Lenox. 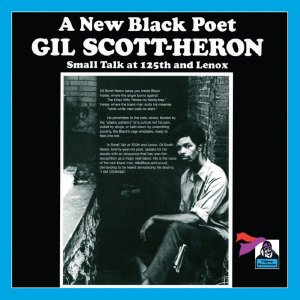 Camembert Electrique is remembered as the first album in Gong’s PhP phase. The pothead pixies made their debut on Gong’s trailblazing sophomore album.

Gong were one of the earliest prog rock bands. Unlike other prog rock bands their music was a fusion of musical genres. Elements of psychedelia, jazz, avant garde, and pop are combined. Other times, the music is ethereal, spacey and atmospheric. Always though, there’s an intensity throughout Camembert Electrique, as Gong take you on a trailblazing journey.

The  destination is planet Gong. Providing the soundtrack to the journey was the now legendary radio gnome, which dips in and out of Camembert Electrique. Radio gnome plays its part in a truly groundbreaking album which was recorded in 1971, but released by Charly in 2015.

In the summer of 1974, Gong began work on the final instalment in the Radio Gnome Trilogy, You. It featured eight tracks that were recorded at The Manor Studios, in Oxfordshire. On its release, critics realised Gong had kept the best part of the Radio Gnome Trilogy until last, You which was released in 2015 by Charly.

You found Gone at their most innovative and inventive. Genres were combined, and melted into one. Elements of psychedelia, prog rock, space rock, jazz, pop and rock shine through, as Gong deploy their unique and unmistakable combination of instruments and effects. This creates an album that’s totally unique and unmistakable. After all, what album featured a gnomic narrative, where pothead pixies and octave doctors are introduced to flying teapots?

Only You; where Gong combine drama, surrealism and urgency. Like much of the rock music released in 1974, there’s a sense of theatre. However, where Gong differ, is they’ve a sense of humour. They’re determined not to take themselves too seriously on You, third and final instalment in the Radio Gnome Trilogy. Gong had kept the best of the Radio Gnome Trilogy until last. While Flying Teapot and Angel’s Egg were groundbreaking albums, Gong went one better on You. It featured Gong at their most ambitious, innovative and inventive. That’s why You is considered one of Gong’s finest albums. Fittingly, the three instalments in the Radio Gnome Trilogy, Flying Teapot, Angel’s Egg and You have recently reissued by Charly. This trilogy features the musical mavericks as they transform a recording studio into a laboratory.

Forty years after Harmonia released their sophomore album in 1975,  by Grönland Records reissued this classic album in December 2015. Somewhat belatedly, Harmonia were regarded as one of the greatest German groups of the seventies. Deluxe is proof of this.

On Deluxe, Harmonia changed direction musically. Michael Rother encouraged the other members of Harmonia to incorporate traditional song structures on the album. This he told them, would be easier to replicate live. The result was a finely sculpted and structure album, where Harmonia combine disparate genres. Elements of ambient, avant garde, experimental and progressive rock can be heard on Deluxe. So can psychedelia and classic rock. However, Deluxe has a much more prominent Kominische influence than Musik Von Harmonia. Partly, this comes courtesy of Guru Guru’s legendary drummer Mani Neumeier. He played on three tracks on Deluxe, and his drums add a  Kominische influence. Another change was that Michael Rother’s guitar played a more prominent role. It steps out of the shadows of the keyboards and synths, and helps transforms Harmonia’s sound. The other change from Musik Von Harmonia, was the addition of Conny Plank, who co-produced Deluxe.

By then, Conny Plank was a vastly experienced producer. He had worked with Michael Rother on Kraftwerk’s aborted album, and then on Neu!’s first three albums. The two men had established a good working relationship, and Conny Plank was the perfect man to help sculpt and structure Harmonia’s new sound on Deluxe. It was a remarkable transformation. One can’t help but wonder what Harmonia’s next album would’ve sounded like. Sadly, Deluxe was Harmonia’s swan-song. Nowadays, Deluxe is quite rightly regarded as   a classic album, from one of the most innovative, inventive and influential bands of their generation.

Harmonia are regarded as Germany’s first supergroup. They were born when Neu!’s Michael Rother travelled to the Forst Commune. He wondered if Dieter Moebius and Hans-Joachim Roedelius would be interested in joining an extended lineup of Neu!? They would become a supergroup.  It  didn’t turn out that way, but still a supergroup was about to be born. This was Harmonia, which was born after a jam session in Forst. At that initial jam session, Ohrwurm, a track from Harmonia’s 1974 debut album Musik Von Harmonia took shape.  By January 1974, Harmonia had released their debut album, Musik Von Harmonia which was reissued by Grönland Records in December 2015.

On hearing Musik Von Harmonia, Brian Eno called Harmonia: “the most important band in the world.” Harmonia went on to inspire and influence several generations of musicians during the seventies, including David Bowie, Brian Eno and Iggy Pop. Since then, several generations of musicians have been inspired by Harmonia, and their critically acclaimed debut album Musik Von Harmonia.

Innovative and timeless, Musik Von Harmonia is not just a Koninische classic, but a classic album, and one that deserves to find its way into every record collection. Musik Von Harmonia is a reminder of one of the most important, influential and innovative bands in Kominische muzik history, Harmonia, who deserve to sit at its top table alongside Can, Kraftwerk and Neu! 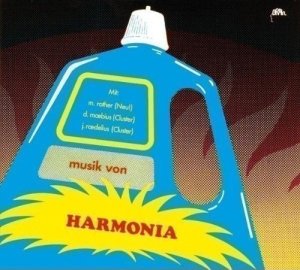 Jade Warrior take the listener on a musical journey. The listener becomes “a gourd floating along the river current.” There’s plenty of twists and turns along the way on what’s best described as a genre-hopping album, Elements of African, ambient, avant-garde, classical, experimental, funk, fusion, post rock, prog rock, rock and world music. Continually, curveballs are thrown and surprises sprung. One minute the music is ethereal, serene and understated, the next it becomes dramatic and urgent. Always, though, the music on Floating World is ambitious, and innovative. Floating World is captivating. There’s a reason for this. The listener never knows what direction this music journey is heading? Is it heading for calm or rocky waters? It’s a case of waiting and seeing, as what’s a truly groundbreaking album reveals it secrets. Sadly, when Jade Warrior released Floating World, very few people discovered its delights. The album passed most people by.

It was only later, when a new generation of critics and record buyers reappraised Floating World that Jade Warrior’s fourth album found the audience it deserved, Since then, Floating World has been recognised as a groundbreaking album from a group who pioneered ambient and world music. Somewhat belatedly, Jade Warrior are receiving recognition for one of the great lost albums of the seventies, Floating World their cerebral concept album based on an ancient Japanese philosophy is a glorious aural adventure awaiting discovery. 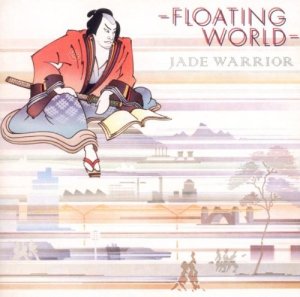 In February 2015, BGO Records released Who’s Gonna Play This Old Piano… (Think About It Darlin’) and Sometimes A Memory Ain’t Enough as a two-on-one. These two albums are a reminder of Jerry Lee Lewis’ reinvention as a country singer.

For four years, The Killer was one of country music’s hottest properties. This was still the case when Jerry Lee Lewis released Who’s Gonna Play This Old Piano… (Think About It Darlin’) in 1973. However, after the release of The Session Recorded In London With Great Guest Artists, The Killer required redemption.

Sadly, redemption wasn’t forthcoming. Jerry Lee Lewis, the man who seemed to have nine lives, looked down and out. That proved not to be the case. Following Sometimes A Memory Ain’t Enough, Jerry Kennedy and Jerry Lee Lewis were reunited and The Killer, one of the most talented and versatile singers of his generation, began his latest comeback.