Armed with his boxes of “junk records,” Keb Darge headed out to the first of his new club nights. It became Madama Jo Jo’s Weekly Deep Funk night. Each night Keb Darge dug deep into his box of “junk records,” and deployed his secret musical weapons. This ranged from the rawest of funk and soul, to boogaloo and soulful disco. Keb Darge’s sets featured an eclectic and captivating mixture of music. This found favour with Pete Adarkwah, who had founded the BBE.

Originally, BBE had started life as a club night, but eventually evolved into a record label. The new label released its first release in 1996, Stop and Listen Volume 1 a compilation compiled by DJ Dr. Bob Jones. Less than a year later, and BBE were preparing to release a new two CD compilation, Keb Darge’s Legendary Deep Funk. What was BBE’s fourth release hit the shops on 10th March 1997. Little did Keb Darge realise that his “junk records” would result in a near twenty year relationship with BBE.

By then, Keb Darge was heading off on crate digging expeditions seeking hidden gems to add to his burgeoning collection of “junk records.” He searched record shops, second hand shops, flea markets and charity shops. This was the case everywhere Keb Darge went. In towns and cities, he searched far and wide. Nowhere was off limits. Not even damp and dusty warehouses where most record collectors feared to tread. Keb Darge like many Scots, was made of hardy stuff, and often, his crate digging expeditions proved fruitful. So much so, that in 1999 BBE would commission a third instalment in Keb Darge’s Legendary Deep Funk series.

That wasn’t to be. After three volumes, there were no further instalments in Keb Darge’s Legendary Deep Funk series. Record buyers mourned the loss of one of the finest compilations of the early years of BBE.

Since then, Keb Darge has continued to be part of the BBE family, and has released a variety of compilations for the label. This includes compiling The Kings Of Funk with RZA in 2005. Two years later, and Keb Darge and Cut Chemist compiled Present Lost And Found-Rockabilly And Jump Blues. It was released in 2007, and was one a very welcome addition to the BBE discography. Keb Darge was about to enter the most productive period of his career at BBE.

In 2008 Kenny Dope and Keb Darge compiled Kay-Dee Volume 2. This was followed in 2009, by Keb Darge and Paul Weller’s compilation Lost and Found (Real R’N’B & Soul). Here was another welcome addition to BBE’s burgeoning discography. So was Legendary Rockin’ R’N’B in September 2010. Soon, though, a Keb Darge would form a new and what would successful partnership.

Keb Darge had met a new partner Little Edith. She shared Keb Darge’s love of music, and soon, the pair were dipping into his “junk records” to compile what became Keb Darge and Little Edith’s Legendary Wild Rockers. It was released to critical acclaim in June 2011, and was the first in what would become a successful compilation series. So much so, that it became an annual occurrence.

This had been the case since 1997, when Keb Darge released his first compilation for BBE. That was Keb Darge’s Legendary Deep Funk. Since 1997, he has played a big part in BBE’s history, compiling another twelve compilations. With BBE celebrating its twentieth anniversary during 2016, it’s only fitting that Keb Darge returns with a new compilation. However, it’s not as many people expected a new volume Keb Darge And Little Edith’s Legendary Wild Rockers. Instead, back by popular demand, is Keb Darge’s Presents The Best Of Legendary Deep Funk. It’s a two CD set, that will be released by BBE on 28th October 2016. For those who headed to Madama Jo Jo’s Weekly Deep Funk, it’ll be a journey down memory lane, while others can sit back and enjoy a myriad of eclectic music from Keb Darge’s collection of “junk records.”

Keb Darge realising the importance of the track that opens a compilation digs deep, and comes up with something just a little special, King Tutt’s You’ve Got Me Hung Up. It opens Keb Darge Presents The Best Of Legendary Deep Funk and is a fusion of funk, disco and soul. King Tutt was the brainchild of William Tutt, and they released a trio of singles between 1979 and 1980. Their debut was You’ve Got Me Hung Up, which was released on Fun City Records in 1979. Funky, soulful and dance-floor friendly, it’s an irrreisitible track that’s a sure floor filler.

There’s a funky, cinematic sound to the introduction of Cross Bronx Expressway’s Cross Bronx Expressway. Straight away, it’s reminiscent of traffic backed up on a hot summers day. Keyboards replicate the sound of car horns, as this funky instrumental unfolds.  Keyboards and a wah wah guitar are to the fore on a track penned by Chris Wright. It was produced by Zell Sanders, and released as a single on Zell Records in 1974. It’s not just deep funk, it’s also uber funky with rocky guitars thrown into this uber funky jam.

The Chefs’ Mr. Machine Part 1 is one three songs that were re-edited for Keb Darge Presents The Best Of Legendary Deep Funk.  It’s the type of funky music that one can imagine Keb Darge spinning at Madama Jo Jo’s Weekly Deep Funk night. Mr. Machine was  produced by The Chefs, and was released on the short-lived Pro-Gress Records. Sadly,  Mr. Machine was Wisconsin based funkmeisters one and only single.  It’s a smouldering slice of funky music, with a vampish and soulful vocal that owes a debt of gratitude to James Brown. It’s a very welcome addition to Keb Darge Presents The Best Of Legendary Deep Funk.

Dee Edwards’ recording career spanned three decades. During that period, she released over twenty singles. One of her finest moments came in 1977 when  Dee Edwards covered the Billy Kyle composition (I Can) Deal With That. It was arranged by Floyd Jones and produced by Billy Kyle. (I Can) Deal With That was released on the short-lived De-To label in 1977. Although the single failed commercially, it features a vocal that defines the word soulful, as  a defiant Dee Edwards lays bare her soul for all to hear.

In 1975, Total Experience released their debut single Illusion on TTE Records. Tucked away on the B-Side was Contradiction, a song that every bit as good, if not better than Illusion. It was a Jeff Owens composition, which featured a heartfelt, soulful vocal. Meanwhile, the rest of Total Experience fused elements of jazz and funk. This was the perfect accompaniment to the vocal, on what’s another long forgotten hidden gem. Sadly, Total Experience never released another single, and they’re best remembered for Illusion,

the B-Side to their one and only single.

The Fabulous Originals’ wrote It Ain’t Far, But It’s Fun Parts 1 and 2, which was produced by Margaret Harris. It was released on Jewel Records in 1971, but failed commercially. As a result, there was no followup single released, and The Fabulous Originals’ recording career lasted just under five minutes. However, It Ain’t Far, But It’s Fun Parts 1 and 2 has been edited by Ian Wright for  Keb Darge Presents The Best Of Legendary Deep Funk.  In his hands, it becomes four minutes of good-time, funky music.

There’s more than meets the eye to The Sons Of The Kingdom. The trio released a trio singles between 1976 and 1980. This included their third and final single Men Believe in 1980. It was released on the K.O.G. label, (Kingdom Of God) and featured Modernisation on the flip side. This was no gospel group though. Instead, The Sons Of The Kingdom were part of what was known as the Black Hebrews movement. They were a group of African-Americans who travelled to a kibbutz in Israel, where they would establish a new zion. Their leader Ben Carter, a steel worker turned theologian. One of the ways The Sons Of The Kingdom spread their ‘message,’  was through music. Men Believe was their third musical message. Just like the two previous singles, this ‘message’ passed record buyers by. Hidden away on the B-Side was Modernisation, a fusion of soul and funk with another ‘message’ from The Sons Of The Kingdom. It was by far their finest hour, but everyone knows that the devil has the best songs.

Straight away, Ricky Calloway sounds uncannily like the self-styled Godfather of Funk, James Brown on Tell Me. This was Ricky Calloway’s debut single, which was released on Jayville Records in 1970. Whether vamping on delivering a vampish vocal, Ricky Calloway pays homage to the James Brown, and does so with style and aplomb.

Carleen and The Groovers’ Can We Rap is my final choice from Keb Darge Presents The Best Of Legendary Deep Funk.  It was the B-Side to Carleen and The Groovers’ 1972 single Hot Pants. On the flip side was Can We Rap, which was also written by Clary Butler. Can We Rap is just over two minutes of glorious funky music, which builds and builds.  The rhythm section and guitars provide a funky backdrop, while blazing horns punctuate the arrangement. Then at 1.12 the vocal enters. Again, there’s a nod to James Brown on Can We Rap, as The Groovers ensure that Keb Darge Presents The Best Of Legendary Deep Funk ends on an uber funky high.

Having had to sell his collection of Northern Soul during his first divorce, Keb Darge had to reinvent himself. All he had left were what he called his “junk records.” This eclectic collection of 45s was enough for him to reinvent himself. Before long, Keb Darge had one of the most successful club nights Madama Jo Jo’s Weekly Deep Funk. The one time Northern Soul DJ had now reinvented himself, and his name was synonymous with the deep funk movement. It made sense that it was Keb Darge who compiled the first compilation of deep funk for BBE.

KEB DARGE PRESENTS THE BEST OF THE LEGENDARY DEEP FUNK. 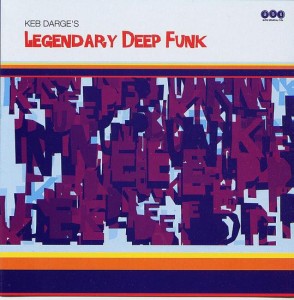 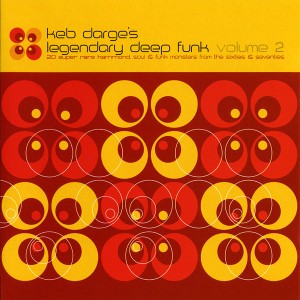 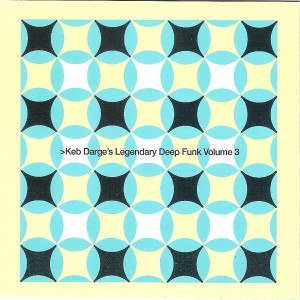 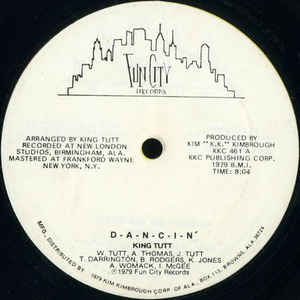 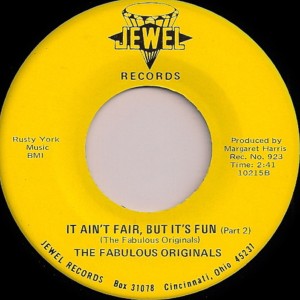 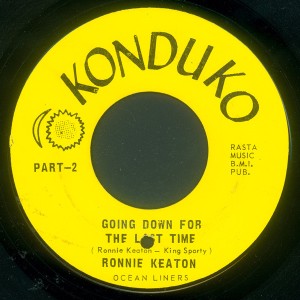 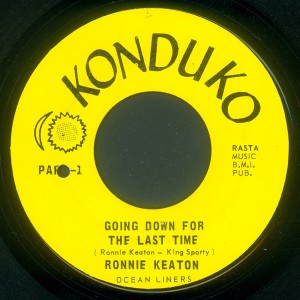 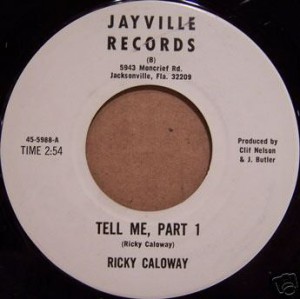