Kabasa was formed in Soweto by vocalist and bassist Tata “TNT” Sibeko and percussionist Oupa Segwa and guitarist Robert “Doc” Mthalane who previously had been members of the iconic Afro-rock band Harari, who the first ever local black pop band to appear on South African television. Despite Harari being regarded as one of the best Afro-rock bands of the seventies, Oupa Segwa and guitarist Robert “Doc” Mthalane decided to call time on their career with the band.

They joined forces with bassist Tata “TNT” Sibeko to form Kabasa. This was a new start for percussionist Oupa Segwa and guitarist Robert “Doc” Mthalane, who was regarded as South Africa’s answer to Jimi Hendrix. A confident and technically gifted guitarist he could switch seamlessly between genres and combine them in one genre-melting track. The new group Kabasa, offered a showcase for Robert “Doc” Mthalane and the other two members of the band to showcase their considerable skills.

In 1980, Kabasa released their eponymous debut album, which was released to plaudits and praise. This launched Kabasa’s career who many critics had a bright future in front of them.

Just a year later, in 1981, Kabasa returned with their sophomore album Searching. It featured everything from jazz, funk, rock and soul to  fusion and showcased a tight and talented band. Founder and bass wizard Tata Sibeko found virtuoso guitarist and flamboyant showman Robert “Doc” Mthalane the perfect foil. The final piece of the jigsaw was percussionist Oupa Segwa whose contribution resulted in a very different and unique sound on Searching. Kabasa were going from strength to strength, and their third album looked like being a game-changer.

Before Kabasa recorded their third album African Sunset, which will be rereleased by BBE Music on the ’24th’ May 2019, percussionist Oupa Segwa left the group. His replacement was Mabote “Kelly” Petlane who was a percussionist and flautist. His addition changed Kabasa’s sound.

When work began on what later became African Sunset, the songwriting and production duties were shared between the three members of the band. The songs the members of Kabasa wrote for African Sunset, touched on the political problems facing South Africa. However, they had to be careful as to avoid detection from government censors at the South African Broadcasting Corporation.

Despite this, radio copies of one of the tracks, Mefeteng, fell foul of the censors. Mefeteng is a town in  Lesotho, which at the time, was associated with political exiles and the censors deliberately scratched out and the track rendering the song unplayable. Other tracks on African Sunset are best described as progressive rather than being an album of music that was trying to bring about a revolution in South Africa.  Proof of this is the album opener Rainbow Children which champions South Africa’s multi-racial dissidents with the lyrics; “we are the rainbow children-we run and hide.”

When African Sunset was released in 1982, on the short-lived Lyncell Records imprint, it was a carefully crafted, genre-melting album featuring musicianship of the highest quality and lyrics that featured political and social comment, but not enough to raise the hackles of the censors. African Sunset found Kabasa combining elements of psychedelic rock, jazz, funk and traditional African music. Sadly, African Sunset wasn’t the success that Kabasa had hoped, and very few copies were sold.

Nowadays, original copies of African Sunset are rarities, although the album is quite rightly recognised as being a timeless, cult classic that showcases that talented trio Kabasa, at the peak of their powers.

After the release of African Sunset, the members of Kabasa went their separate ways. Their legacy is a triumvirate of albums including African Sunset, their finest hour and undoubtably a timeless, cult classic which sadly, was also Kabasa’s genre-melting swan-song. 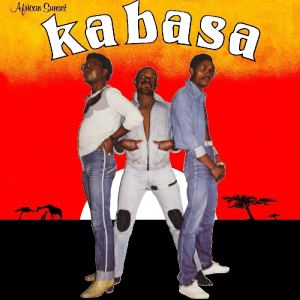