The story of Catapilla is another case of what might have been. They were formed in West London around Christmas 1970, and signed to Vertigo Records and released two ambitious and innovative albums where they combined progressive rock with experimental fusion. Sadly, neither their 1971 debut album Catapilla, nor the followup Changes, which was released in 1972, found the audience they deserved. Not long after the release of their sophomore album Catapilla disbanded. Their legacy is the two albums they released on Vertigo which have just been reissued by Trading Places on vinyl.

Not long after this, they came to the attention of Cliff Cooper of the Orange Music Electronic Company. He’s credited with “discovering” Catapilla and became their manager. One of the first things he did was arrange a showcase for the band where they played in front of an audience that featured top music industry figures. This included none other than Black Sabbath’s manager Patrick Meehan.

By then, Graham Wilson, Thierry Reinhardt, Robert Calvert, Malcolm Frith and Anna Meek had written the four tracks that became Catapilla. Naked Death, Tumbleweed, Promises and Embryonic Fusion a twenty-four minute epic were recorded with producer Patrick Meehan. When the album was completed, it was scheduled for release in late 1971.

When Catapilla was released it failed to find the audience it deserved, and record buyers missed out on what was an ambitious and innovative album where the group combined progressive rock with experimental fusion, psychedelic free jazz and funky rhythms.  Catapilla was an album that benefited from structure but also featured stunning jams, blistering riffs, fuzzy wah wah guitars and atmospheric, wailing saxophone solos. They helped drive the arrangements along and were joined by woodwinds and Anna Meek’s inimitable vocals.

She was the group’s very own tortured troubadour, and unleashed gutsy gasps, shrieks and otherworldly vocals full of emotion. It was an unconventional vocal style and one that many fans of progressive rock didn’t understand. They were used a more traditional delivery. However, for many fans of Catapilla the enigmatic vocalist is key to the group’s sound and comes into her own on the album opener Naked Death and the twenty-four minute Magnus Opus Embryonic Fusion that even encompasses voodoo jazz and a soul-baring vocal. It’s a genre-melting track and is akin to a journey on a musical roller coaster. It’s a case of sit back and enjoy the rides as this epic takes twists and turns as it reveals a myriad of surprises. By the closing notes, one can only wonder why the album wasn’t a bigger success? Maybe it was an album that was ahead of its time?

What happened after the release of Catapilla certainly didn’t help. Following the album release, the band embarked upon a tour sponsored by Vertigo Records. Catapilla toured the UK supporting Graham Bond and Roy Harper, which it was hoped would lift their profile. Sadly, this wasn’t the case and after the tour disaster struck.

Citing musical differences, Malcolm Frith, Dave Taylor, Hugh Eaglestone and Thiery Rheinhart all left the band. It looked like the end of the road for Catapilla.

A decision was made to reform the group. Joining the remaining members of Catapilla were drummer Bryan Hanson, bassist Carl Wassard and keyboardist Ralph Rolinson. This new lineup immediately began work on their sophomore album Changes. 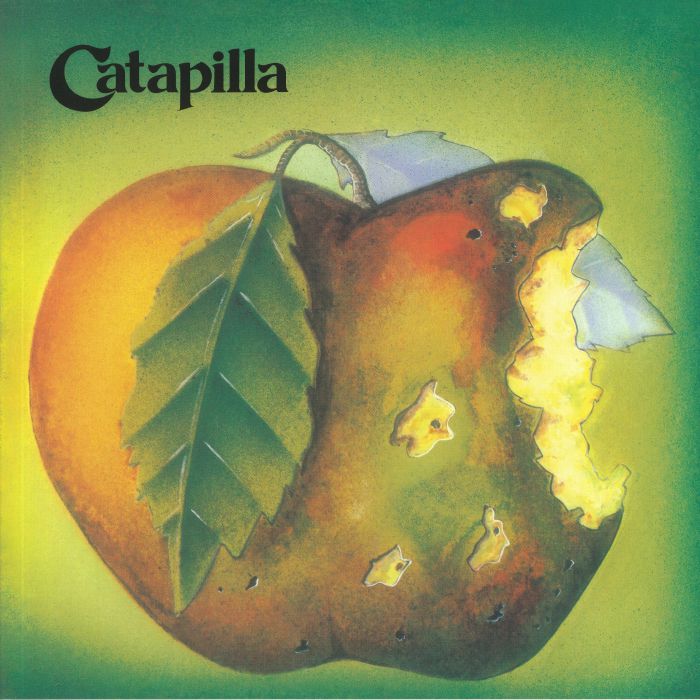 This time around, Anna Meek wrote all the lyrics on the album. She cowrote the music to Reflections, Charing Cross and Thank Christ For George with Robert Calvert and Graham Wilson who wrote the music to It Could Only Happen To Me. These four tracks were recorded by the new line-up of Catapilla and the album was scheduled for release later in 1972.

On the release of Changes lighting struck twice for Catapilla and the album failed commercially. It was another album that deserved to be heard by a wider audience.

They would have discovered another genre-melting offering from Catapilla. They start with progressive rock and add elements of fusion, psychedelic rock, avant-garde, experimental and space rock. The arrangements are multilayered and lysergic and feature cerebral, thought-provoking lyrics. They’re delivered by Anna Meek whose inimitable vocals add an atmospheric hue to the album.

Especially on the album opener Reflections which veers between ethereal to eerie and is punctuated by saxophone solos and benefits from the addition of Ralph Rolinson’s Hammond organ. Charing Cross features some of Anna Meek’s best lyrics. They’re full of social comment, while the arrangement starts off slow and atmospheric becoming rocky and later a guitar solo seems to pay homage to Pink Floyd. Catapilla’s rhythm section lays down a mesmeric groove on the psychedelic sounding Thank Christ For George. It features a fuzzy wah wah guitar and later, heads in the direction of fusion. By them, Anna Meek’s vocal is a mixture of mystery and misery even desperation and is accompanied by an otherworldly saxophone. They play starring roles in the sound and success of the track. Quite different is the instrumental It Could Only Happen to Me. It’s moody, mesmeric,  introspective and languid and allows the rest of Catapilla to showcase their considerable musical skills on the album closer.

For Catapilla, Changes was the end of the road. Not long after they released their sophomore album the group disbanded. They had been together for less than two years, but managed to released two albums. Sadly, neither album were a commercial success and failed to find the audience they deserved.

The problem was the genre-melting music on Catapilla and Changes was way ahead of its time and record buyers neither understood nor appreciate such ambitious and innovative albums.

Although Catapilla are described as a progressive rock band they’re much more than that. Their music incorporates a variety of disparate genres. Seamlessly   they fuse and switch between different genres on their two albums. However, their secret weapon was Anna Meek whose inimitable vocals added something new and different to the albums. Her vocals veered between  emotive to hurt-filled, soul-baring and otherworldly. Sometimes, her lyrics were cerebral and full of social comment. Sadly, Anna Meek’s vocals and lyrics weren’t heard by a wider audience when Catapilla and Changes were released.

One can only wonder what type of music Catapilla would’ve gone on to make if they hadn’t disbanded in 1972? The lineups who recorded Catapilla and then Changes were innovators who weren’t afraid to push musical boundaries and in 1971 and 1972 set about creating the music of today, tomorrow. This they succeeded in doing, and fifty years after they were formed in West London, this groundbreaking group are belatedly starting to receive the plaudits and praise  they deserve for recording and releasing two ambitious and innovative genre-melting albums, Catapilla and Changes. 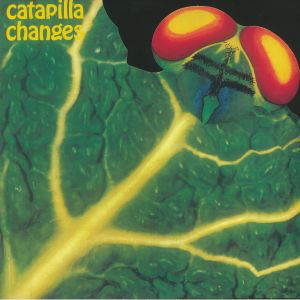