THE FIFTY-FIVE BEST COMPILATIONS OF 2015-PART 5.

THE FIFTY-FIVE BEST COMPILATIONS OF 2015-PART 5. 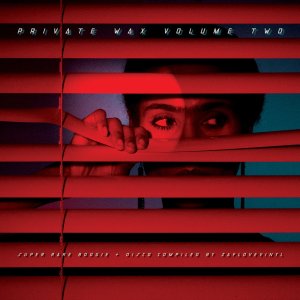 Reaching Out! Chess Records At Fame Studios, which was released on Kent Soul, an imprint of Ace Records, featured twenty-four tracks recorded the legendary studios. This included tracks by Irma Thomas, Charles Chalmers, Etta James, Laura Lee, Lee Webber and Maurice and Mac. Each artist made the long journey to Alabama. By then. the Chess brothers no longer had their own studio band So they sent their artists to Alabama, hoping that they would enjoy the same success as their counterparts at Atlantic Records.

Sadly, that wasn’t to be. While the music had a similar quality, Chess Records didn’t have the same power as Atlantic Records. They didn’t have the budget for promotion. Nor did Chess Records have the staff to ensure their singles were played on radio. To some extent, labels like Chess Records were fighting a losing battle. As a result, singles that oozed quality, stalled in the lower reaches of the charts. For artists, this was heartbreaking. Some, including Irma Thomas, turned their back on music. Nearly fifty years later, and  the singles on Reaching Out! Chess Records At Fame Studios can be heard by a new generation of music lovers, who will surely cherish each and every hidden, soulful gems.

It was back in August 2012, that Ian Saddler released what was the first in the By The Bayou series, Boppin’ By The Bayou. Critics welcomed this lovingly compiled retrospective of Louisiana’s musical past. Surely a followup would be released? That proved to be the case. Soon two became three, and three four. Last year, Ace Records’ By The Bayou series celebrated its tenth anniversary with Rhythm ‘N’ Bluesin’ By The Bayou-Mad Dogs, Sweet Daddies and Pretty Babies. Compiler Ian Saddler had pulled out all the stops for this anniversary. 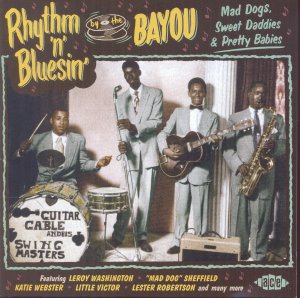 For too long, the music of the state of Louisiana was neglected by compilers. Ian Saddler decided to rectify this a few years ago, and  in 2015, Ace Records released the twelfth instalment of his critically acclaimed By The Bayou series,  Rhythm ’N’ Bluesin’ By the Bayou-Vocal Groups. It features twenty-eight tracks, where familiar faces and new names rub shoulders. Among them, are The Velvetiers, Sonny Martin, Charles Morris, The Del-Chords, Henry Clement, Sticks Herman, The Raves and Katie Webster. The result is a very welcome addition to the long running By The Bayou series.

Whereas most compilations loose their mojo after just a few volumes, the By The Bayou series is still going strong after twelve volumes. That’s thanks to compiler Ian Saddler. He’s responsible for what’s one of the best compilation series of recent years, By The Bayou compilation series. After its twelfth instalment, Rhythm ’N’ Bluesin’ By the Bayou-Vocal Groups its going strong and Ian Saddler continues to document and celebrate Louisiana’s rich and illustrious musical past.

Sometimes, for whatever, reason, an artist doesn’t enjoy the commercial success and critical acclaim they deserve. Instead, their music is only enjoyed a discerning circle of music lovers. That’s the case with Sam Dees, whose been described as: “a prolific songwriter and occasional performer.”  As a singer and songwriter, Sam Dees excels. That’s apparent on It’s Over-70s Songwriter Demos and Masters, which was released by Kent Soul, an imprint of Ace Records.

It’s Over-70s Songwriter Demos and Masters is the most comprehensive retrospective of Sam Dees time at Clintone Records. There’s singles, demos and thirteen unreleased tracks. This includes two alternate takes of tracks from Sam Dees’ 1975 album, The Show Must Go On. Quite simply, It’s Over-70s Songwriter Demos and Masters is essential listening for anyone interested in Sam Dees music, and a tantalising taste of Sam Dees during his seventies heyday.

SENEGAL 70-SONIC GEMS AND PREVIOUSLY UNRELEASED GEMS FROM THE 70S.

For their final release of 2015, Senegal 70 Sonic Gems and Previously Unreleased Recordings From The 70s, Analog Africa return to what was the musical capital of West Africa, Senegal. It had one of the most vibrant musical scenes in West Africa. That’s apparent on this compilation.

Back in 2005, that Soapkills, one of the most influential and innovative bands in Lebanese musical history split-up. Soapkills were a trailblazing band, and one of the first indie bands to emerge from the Middle East’s nascent music scene. Since then, Soapkills’ music has continued to influence a new generation of music lovers. The Soapkills story began in Beirut, in the late-nineties, and is documented on The Best Of Soapkills, which was released by Crammed Discs during 2015.

The Best Of Soapkills, which is a musical reminder of Lebanese indie pioneers, Soapkills. They were trailblazers, who inspired a new generation of musicians to embark upon a musical career. That’s not all. Soapkills are a hugely talented band, one who deserved to enjoy widespread critical acclaim and commercial success. Sadly, Soapkills never qute enjoyed the critical acclaim and commercial success, their music deserved. Maybe the release of The Best Of Soapkills will introduce Soapkills music to a  much wider audience, and no longer will they be one of music’s best kept secrets. 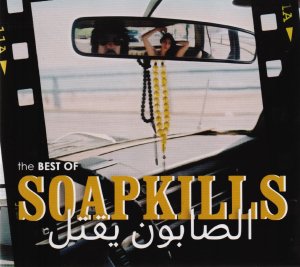 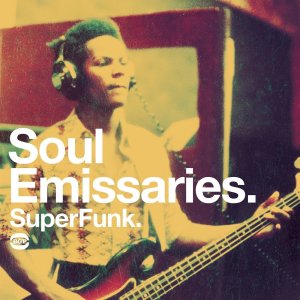 There’s everything from blues and Northern Soul, through to R&B and Southern Soul. Similarly, dancers and ballads feature on South Texas Rhythm ‘N’ Soul Revue 2-From The Vaults Of Crazy Cajun Records, which anyone who likes their music soulful, will enjoy and cherish.

Early in 2015, Cleopatra Records released Stoned-A Psych Tribute To The Rolling Stones. This is the long awaited, next instalment in the A Psych Tribute series. This time around, groups like Lorelle Meets The Obsolete, The KVB, Shiny Darkly, Sons of Hippies, The Vacant Lots, Celestial Burns, Pink Velvet, Pure X and The Tulips. They cover what can only be described as Rolling Stones classics, old favourites and hidden gems.