When they returned in May 2014 with Enfant Terrible it was hailed as a career defining album. Enfant Terrible was the finest album of the Hedvig Mollestad Trio’s career. However after that, they concentrated on playing live for two years.

Now just under three years later, and after sharing the stage with jazz and rock royalty including John McLaughlin and Black Sabbath, one of Norwegian music’s most explosive and expansive groups, Hedvig Mollestad Trio, return with Smells Funny, their sixth album in eight years where they continue to win friends and influence rock and jazz fans alike with their new album Smells Funny.

For rock fans, there’s plenty of blistering, scorching, searing and soaring licks as the Hedvig Mollestad Trio. Sometimes when the Hedvig Mollestad Trio play with a looseness they’re reminiscent of early
Black Sabbath. Other times, when they tighten up, they bring back memories of Led Zeppelin in their prime. Playing a starring role in the sound and success of the sound is Hedvig Mollestad who sometimes, seems to draw inspiration from Jimi Hendrix, and other times of John McLaughlin. That comes as no surprise on album where jazz and rock collide head on.

Away from the proliferation of rocky riffs, the Hedvig Mollestad Trio change direction and head towards much more free and open soundscapes like those that featured on their previous album Black Stabat Mater. This shows another side to a group fronted by one of the top guitarists in just Europe, Hedvig Mollestad.

Nowadays, there are way too many guitarists that are merely mediocre. That is a word that can never be used when describing the incredible Norwegian riffmeister Hedvig Mollestad. Her scorching, blazing and incendiary riffs have won fans amounts critics and record buyers who realise that Hedvig Mollestad is one of Europe’s finest and most versatile guitarists. However, the success of the Hedvig Mollestad Trio isn’t just down to its founder.

The Hedvig Mollestad Trio’s rhythm section is truly talented and enjoy their moment in the sub on Smells Funny. Drummer Ivar Loe Bjørnstad is neither a rock drummer nor a jazz drummer, but is versatile enough to play both genres of music with style, panache and sometimes a swagger. Other times, it’s case of providing the heartbeat while bassist Ellen Brekken holds down the groove or unleashes one of a series of technically complex runs. They’re part of the secret behind the music on Smells Funny and tracks like Beastie Beastie, First Thing to Pop Is the Eye, Lucidness and Bewitched, Dwarfed and Defeathered. These tracks mark the welcome return of the Hedvig Mollestad Trio after three long years away. 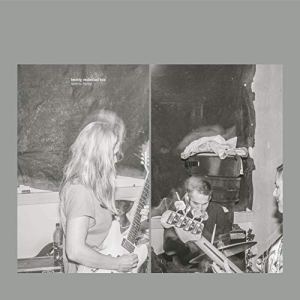