During Tabansi Records’ long and illustrious history, few people made the same impact as Nkono Teles, who was born in  Cameroun, but grew up in Nigeria. That was where in 1952, Chief Tabansi founded the label he lent his name to, Tabansi Records. Three decades later, groundbreaking composer, engineer,  multi-instrumentalist and producer Nkono Teles began work at Tabansi Records.

During his time at Tabansi Records, Nkono Teles worked with 100 artists and bands on 150 productions. His speciality was giving a modernist sound to Tabansi Records’ releases. He was part of a backroom team of who worked for the label, and who artists could call upon to give their albums a modernist, Afro-pop sound. This was a sound that Chief Tabansi  hoped would appeal to record buyers all across Africa.

To do this, he incorporated and pioneered drum machines, synths and a myriad of guitar effects on many albums. Nkono Teles was also responsible for programming the computers at Tabansi Records’ studios, which added to the innovative sound of the label’s releases.  All of this and his production career meant he was constantly busy at Tabansi Records. Despite this,  Nkono Teles managed to combine his work at Tabansi Records with a solo career.

During his solo career, Nkono Teles released a trio of albums on Tabansi Records, including Party Beats, which was his debut and a truly innovative album that was way ahead of its time.   It’s also regarded as Nkono Teles’ finest hour.

When he began recording Party Beats, he had no  need for Tabansi Records’ legendary studio band. He was a multi-instrumentalist and could play every instrument himself. Nkono Teles was equally comfortable working with traditional instruments as well as the drum machines and synths. Little did he know that the raw electronic sounds he added to Party Beats would become favourites of DJs, plus breaks and hip hop producers. That was still to come.

While Nkono Teles was a hugely talented composer, engineer, musician and producer, he always felt that his vocal wasn’t his strongest point. That was why during the recording of Party Beats at one point, he brought an eleven strong choral section into the studio.  However, for most of the Party Beats, Nkono Teles was a one man band who recorded vocals and laid down all the parts on the six tracks on the album.

Once Nkono Teles had finished recording Party Beats, the album was released on Taretone, one of the wholly owned imprints of Tabansi Records. Opening the album was the laid-back Time For Fun, where synths accompany the vocal as electro meets boogie and the part gets underway.  Love Vibration was the track that gave Nkono Teles a hit single, and where he makes good use of a bass synth. It plays  its part in the song’s success and it’s a similar case on By My Lady. Highlife Makossa is a melodic and rhythmic West African highlife track. Then the tempo drops on the beautiful and soulful paean You’ll Be Already (With My Love), before the irresistible and genre-melting Party Beats closes the album. Elements of Afrobeat, boogie electro, funk and soul combine to ensure that Party Beats closes on a high.

Party Beats was a truly innovative album from Nkono Teles, and one that features elements of Afrobeat, boogie, disco, electro, funk, highlife and soul. These genres feature on Nkono Teles what was his debut album, and the finest album of his career. Sadly, Nkono Teles only released three albums during his career, and up until recently, was better known for his production work

That started to change after breaks and hip hop producers started sampling Party Beats, and DJ began to play tracks from the album in their sets. Soon, the album was in-demand amongst collectors, DJs and producers. The only problem was Party Beats was a rarity, and recently, copies were changing hands for $700 which was way beyond the budget of many record collectors.

Nowadays, Nkono Teles’ groundbreaking and genre-melting debut album Party Beats is regarded as a cult classic that’s much prized by collectors. Party Beats is also a tantalising of taste of the Tabansi Records’ back-catalogue and one of the architects of its sound in the eighties, Nkono Teles. 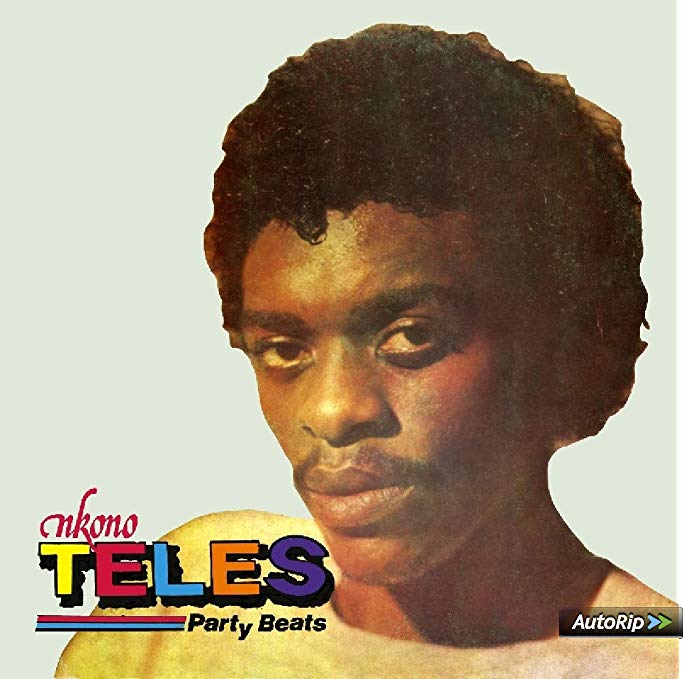