Without doubt, country singer singer-songwriter Sammi Smith had a voice, the talent and potential to crossover and become a huge, mainstream star. Her records were cinematic, soul-baring confessionals where her inimitable husky voice veered between melancholy and full of hurt and heartache to sensuous. It sounded as if Sammi Smith had lived the lyrics she delivered which were poignant and powerful. It was no wonder she was dubbed the: “South’s own Dusty Springfield.”

By 1979, her recording career was almost over, just twelve years after releasing her debut album He Went A Little Bit Farther in 1967. Sammi Smith turned her back on music after a relatively short recording career.

Despite recording career that spanned just twelve years Sammi Smith enjoyed and released eleven albums. This included seven for Nashville-based Mega Records between 1970 and 1975. These albums featured Sammi Smith at her best. They’re also a reminder of a truly talented singer who could breath life, meaning and emotion into lyrics as she laid bare her soul. Sadly, still so many music fans have yet to discover the delights of Sammi Smith’s music.

One way to discover Sammi Smith’s music is via Ace Records new compilation It Looks Like Stormy Weather 1969-1975. It features twenty-four tracks that were released on Columbia Records and Mega Records years. The only track from Sammi Smith’s time at Columbia Records is her 1969 single Brownsville Lumberyard. There’s twenty-one track tracks from the seven albums she released on Mega Records and two previously unreleased tracks recorded in 1980. This new compilation is the perfect introduction to Sammi Smith’a music. It was shaped by an eventful life and nomadic childhood that saw her grow up fast.

The future Sammi Smith was born Jewel Faye Smith on August the ‘5th 1943, in Orange County, California. Her father was a serviceman and the family lived a nomadic life moving between Oklahoma, Texas, Arizona and Colorado. Aged just eleven, Sammi Smith dropped out of school and started singing professionally in nightclubs. This was her introduction to a career in music that would span twenty-five years.

By the times she was fifteen, Sammi Smith had married steel guitar player nightclub owner Bobby White. The couple had three children but divorced in 1966.

A year later, in 1967, Sammi Smith was booked to sing in the Someplace Else Night Club in Oklahoma City. In the audience that night was Marshall Grant who was Johnny Cash’s bassist. He was so impressed by the talented twenty-four year old singer that he told Johnny Cash, who having heard her sing helped her to get signed by Columbia Records. This was the start of a recording career that lasted just twelve years.

Having signed to Columbia Records, Sammi Smith released He Went A Little Bit Farther later in 1967. Although the single failed to chart, commercial success wasn’t far away for Sammi Smith.

In 1968, she released Brownville Lumberyard on Columbia Records, and reached sixty-nine on the US Billboard Country charts. This was followed later that year by Why Do You Like Me Like You Do. It reached fifty-three on the US Billboard Country charts and is regarded as the finest single she released on Columbia Records. The followup Sand-Covered Angels failed to chart and shortly after this Sammi Smith left the label. However, she had made one friend who would help launch her career.

This was Kris Kristofferson, who at the time, was working as a janitor at Columbia Records. When he had some free time the two friends would play together, and even went into the studio and recorded twelve songs. Sammi Smith would take them to producer Jim Malloy who would work with her at her new label.

Sammi Smith wasn’t without a label for long and in 1969 signed to Mega Records. The label had just been founded that year by insurance executive Harry Pratt and Brad McCuen who previously was an executive at RCA. Their new label was the perfect platform for Sammi Smith, as music started to find a wider audience within the country music community.

At Mega Records, a decision was made to pair Sammi Smith with producer Jim Malloy. He was vastly experience and had worked with everyone from Duane Eddy to Elvis Presley and on Eddy Arnold’s The Last Word In Lonesome Is Me, which was nominated for a Grammy. Jim Malloy went one better and one a Grammy for Henry Mancini’s Charade. More recently, he had worked with Townes Van Zandt’s Second Lover’s Song. Its wistful arrangement would influence the melancholy sounding songs he recorded with Sammi Smith.

When Jim Malloy listened to the twelve tracks he decided that Sammi Smith should record the Kris Kristofferson composition Help Me Make It Through The Night. It was one of eleven tracks recorded during May 1970 and produced by Jim Malloy. These tracks became Sammi Smith’s debut album He’s Everywhere.

The lead single from the album was He’s Everywhere which was released in July 1970 and reached twenty-five on the US Billboard Country charts. It’s one of six tracks from the new compilation It Looks Like Stormy Weather 1969-1975. Other tracks include Saunder’s Ferry Lane, But You Know I Love You, When Michael Calls and This Room For Rent. However, the best known track from this critically acclaimed album which was released in September 1970.

It wasn’t long before Sammi Smith’s debut album had topped the US Billboard Country charts, reached thirty-three in the US Billboard 200 and fifty-one in Canada. Great things were forecast for Mega Records latest signing including mainstream success.

A year after the release of her debut, Sammi Smith who had married second husband Jody Payne, returned with her sophomore album Lonesome in September 1971. Again, it was produced by Jim Malloy who brought about the best in country music’s rising star.

The album reached fifteen on the US Billboard Country charts but stalled at 191 in the US Billboard 200. Three of the highlights of the album were Jimmy’s In Georgia, the cinematic He Makes It Hard To Say Goodbye which features a vocal full of hurt and heartache and the hopeful sounding Then You Walk In. Given the quality of the music on the album, its relative lack of commercial success must have been disappointing. Sammi Smith must have been hoping her third album would be a bigger commercial success.

This must have come as a huge disappointment to Sammi Smith and everyone at Mega Records. Especially given songs of the quality of I’ve Got To Have You which features a vocal that’s a mixture of sadness and longing. Just like in so many of her songs, the lyrics come to life and have a cinematic quality. Sadly, the wider record buying public had yet to discover Sammi Smith whose career seemed to have stalled and mainstream success seemed even further away. 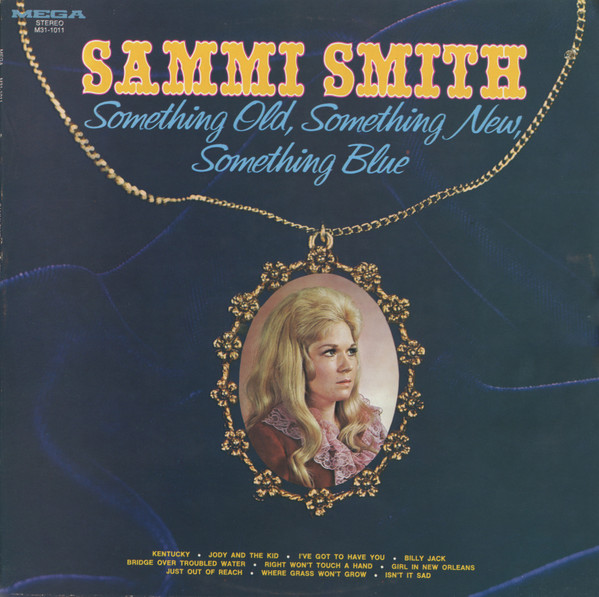 Just over a year passed before Sammi Smith released her fourth album The Toast Of ’45 in May 1973. Just like her previous albums it was produced by Jim Malloy and featured some of the top musicals Nashville had to offer. Despite this, the album only reached forty-three in the US Billboard Country charts, making it Sammi Smith’s least successful album. However, it’s something of a hidden gem.

Especially with tracks like the heartachingly beautiful I Miss You Most When You’re Right Here, the wistful sounding I’m In For Stormy Weather with its lush string arrangement and The Toast Of ’45. They’re among the highlights of this oft-overlooked album that should’ve fared better upon its release. Little did Sammi Smith know things would get worse before they got better. 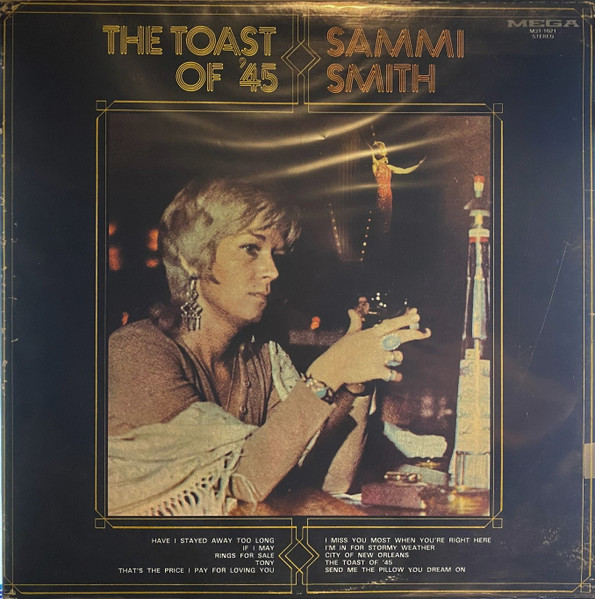 The Rainbow In Daddy’s Eyes.

By 1974, Sammi Smith was still enjoying hit singles in the US Billboard Country charts. Some were just minor hits but still she continued to find favour amongst the country music community. Sammi Smith and Mega Records hoped her fifth album The Rainbow In Daddy’s Eyes would be a turning point in her career.

Sammi Smith’s last couple of albums hadn’t been big sellers. None of her albums had matched the success of her debut which set the bar high. Sadly, The Rainbow In Daddy’s Eyes failed to chart and was the least successful album of her career. That was despite songs of the quality of Manhattan, Kansas and Birmingham Mistake which were two of the album’s highlights. Sadly, very few people heard this underrated album.

1975 was a busy year for Sammi Smith, which saw her release two albums. The first was Sunshine which was released at the start of the year. Despite an all-star cast of Nashville musicians and songs of the standard of I Was Just Fifteen, The Good-For-Something Years, Cover Me, Long Black Veil and Sunshine the album failed to trouble the charts. This was another disappointment. There was, however, a small crumb of comfort.

The three singles from the album all charted in the US Billboard Country charts. Never Been to Spain reached seventy-five giving Sammi Smith a minor hit single. Long Black Veil then reached twenty-six before Cover Me peaked at thirty-three. This was something to build on when Sammi Smith released her seventh album for Mega Records later in 1975. 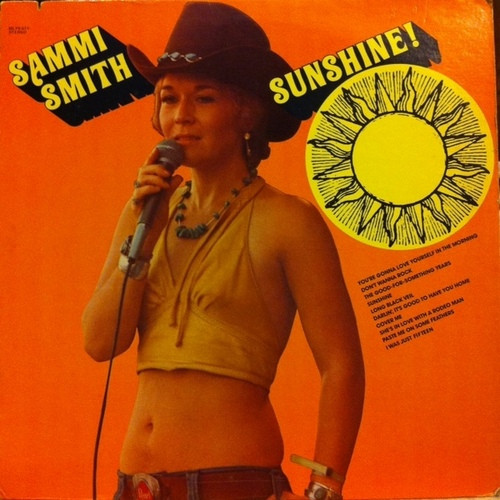 Today I Started Loving You Again.

Later in 1975, Sammi Smith returned with her second album of the year Today I Started Loving You Again. When the title-track was released as a single it reached number nine in the US Billboard Country charts. It’s since become one of Sammi Smith’s best known tracks.

Buoyed by the success of the single, the album reached nineteen in US Billboard Country charts. This meant that Today I Started Loving You Again was Sammi Smith most successful album since her third album Something Old, Something New, Something Blue in 1972. She was back after a couple of difficult years and two albums that failed to even trouble the charts.

Next stop for Sammi Smith was Cyclone Records who released her 1979 album Girl Hero. Just like her final album for Elektra it failed to chart and this was the end of a short stay on Cyclone Records.

In 1980, Sammi Smith returned to the studio and recorded Texas 1947 and Desperados Waiting For A Train. Neither track was released and have lain unreleased and make their debut on It Looks Like Stormy Weather 1969-1975. They’re a reminder of a truly talented country singer-songwriter who should’ve reached greater heights than she did.

Sadly, Sammi Smith never crossed over into the mainstream and her music wasn’t heard by the wider audience it deserves. However, belatedly music fans are starting to discover the delights of her music, especially the seven albums she recorded for Mega Records between 1970 and 1975. They’re a reminder of Sammi Smith at the peak of her powers when she looked like she was going to become one of the giants of country music and go on to forge a career in mainstream music. Sadly, that remained tantalisingly out of reach for the late Sammi Smith who died on February the ’12th’ 2005 aged just sixty-one.  Ace Records new compilation It Looks Like Stormy Weather 1969-1975 is a fitting tribute to a truly talented and much loved singer who effortlessly breathed life, meaning and emotion into soul-baring confessionals as she brought the powerful and poignant lyrics to life. 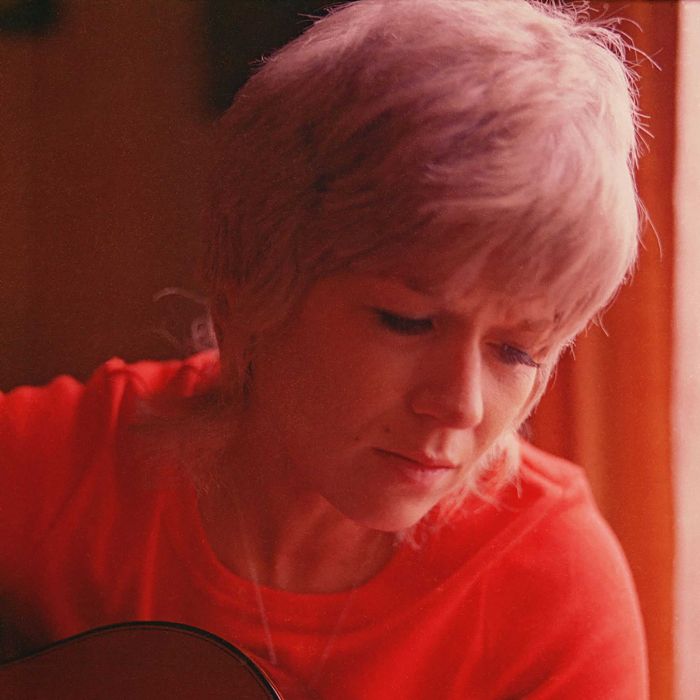 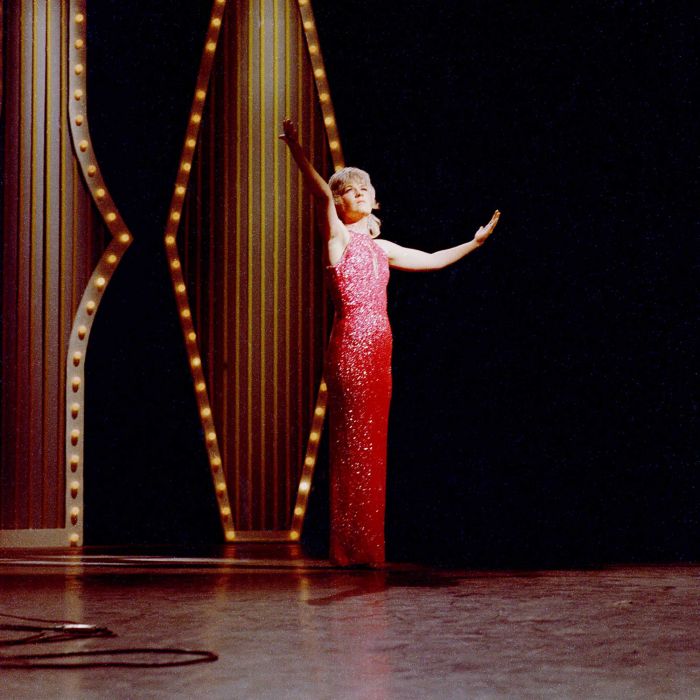 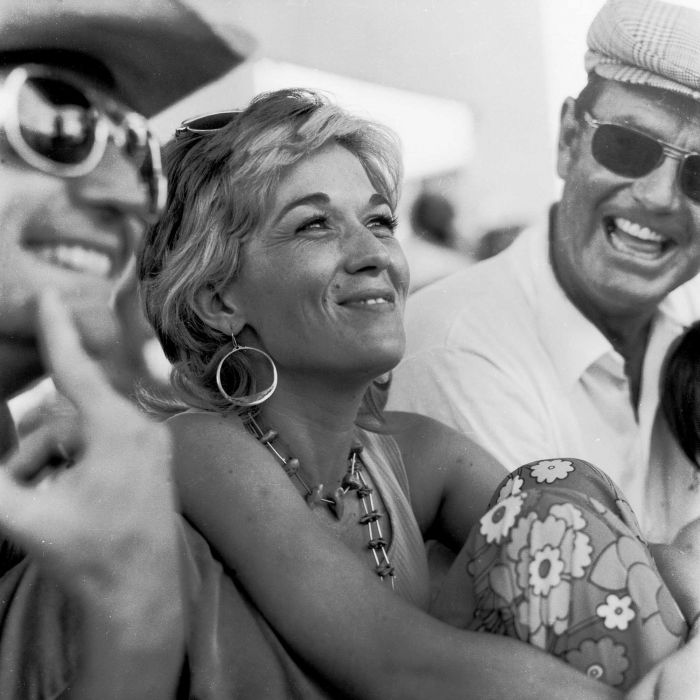