By 1969, Tokyo-born composer and pianist Masahiko Sato about to turn twenty-nine, and had been a professional musician since he was seventeen. He had started out accompanying magicians, singers and strippers in a cabaret in Ginza, a district of Tokyo. Now eleven years later he had just written the score to the “suspense drama” Kayobi No Onna which was to to be shown on Japanese televisions during 1969 and 1970.

Masahiko Sato was born in Tokyo on the ‘5th’ of October 1941. His mother Setsu, and father Yoshiaki, owned various small businesses. In 1944, the Sato family moved into a new home and in the house was a piano.

Just two years later, aged just five years old Masahiko Sato starting playing the piano. Little did his parents realise that this was how their son would make a living.

When Masahiko Sato was seventeen, he became a professional musician and started out accompanying magicians, singers and strippers in a cabaret in Ginza. This was akin to a musical apprenticeship for the young pianist.

In 1959, Masahiko Sato joined Georgie Kawaguchi’s band. He found himself playing alongside tenor saxophonist Akira Miyazaw and Sadao Watanabe who would become one of the great Japanese saxophonists of his generation.

Meanwhile, Masahiko Sato was combining his musical career with his studies at Keio University in in Minato, Tokyo. However, when he graduated that wasn’t the end of his studies.

In 1968, Masahiko Sato travelled to New York where a series of compositions he had written were going to be combined with music. That night, in the Big Apple he conducted his new compositions when they were being performed.

Eventually, Masahiko Sato had composed nine new pieces which he also arranged. He played piano and led the sextet during the recordings for the soundtrack to Kayobi No Onna. The lineup included drummer Akira Ishikawa; bassists Kunimitsu Inaba and Yasuo Arakawa; guitarist Kiyoshi Sugimoto and jazz vocalist Yoshiko Goto. They recorded the nine tracks for the soundtrack to Kayobi No Onna which aired later in 1969.

The “suspense drama” Kayobi No Onna was first so shown on Japanese television during 1969 and continued into 1970. After the series was finished, a decision was made to release the soundtrack to Kayobi No Onna as a Masahiko Sato solo album.

When Kayobi No Onna was released by Toho Records in 1970, the music was mixture of jazz-folk, fusion, jazz, modern classical and soul-jazz. Masahiko Sato’s sextet were responsible for music that was variously atmospheric, beautiful, haunting, melancholy  cinematic and melodic soundtrack to Kayobi No Onna.

It’s no surprise that some of the music on Kayobi No Onna has a quintessential 1960s sound. This includes the opening track Yoko Ai To Kako (Mimikazari) where there’s a nod to French films from the sixties.

Noriko Ai To Omei (Utsukushiki Emono) is a beautiful emotive and dramatic track that has been inspired by modern classical musical. Jazz and lounge music combine on Chie Ai To Shinjitsu (Ame No Hi No Wana) where Yoshiko Goto scats and adds a melancholy sound. There’s an understated and ruminative sound to the jazz-tinged Miyako Ai To Tsuiseki (Koi No Wana). Then he rest of the band create an element of drama on Nobuko Ai To Tobo (Shi To Sora To) before Yoshiko Goto scats on one of the album’s highlights.

Atmospheric, dramatic and cinematic is the best way to describe Miyako Ai To Gisei (Aoi Kemonotachi) is a cinematic. Then Misako Ai To Kibo (Tobosha) which features a tender, heartfelt scat from Yoshiko Goto  heads in the direction of folk jazz. Sakiko Ai To Uragiri (Hitokui) is another track with a Gallic influence. It’s also filmic and becomes dramatic as the tempo rises. Closing Kayobi No Onna is Sanae Ai To Kyofu (Konoha No Fune) a stunning example of late-sixties fusion where guitarist Kiyoshi Sugimoto steals the show.

Fifty years have passed since the release of Kayobi No Onna in 1970. Since then, it’s become something of a cult classic and is regarded as one of the hidden gems in Masahiko Sato’s discography. He’s released over eighty albums during a long and distinguished career. His music is highly regarded by aficionados of J-Jazz.

While Masahiko Sato and his play straight ahead jazz on Kayobi No Onna, there’s much more to the album than that. There’s elements of easy listening, folk jazz, fusion, lounge, modern classical and soul-jazz on  this oft-overlooked soundtrack. It’s atmospheric, beautiful, melancholy and melodic as Masahiko Sato and band paint pictures on this cinematic sounding and genre-melting album Kayobi No Onna. It’s the perfect introduction to a truly talented composer, arranger, bandleader and pianist Masahiko Sato. 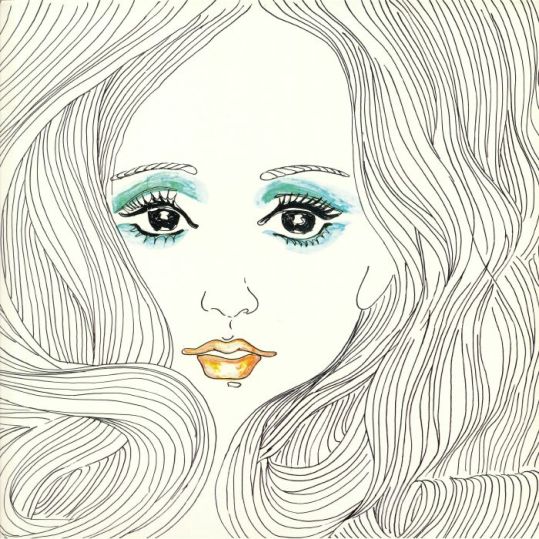