Back in the sixties, many record companies sent their artists to the Fame Recording Studios, in Muscle Shoals which was home to Rick Hall and the legendary Muscle Shoals Rhythm Section. They had previously transformed ailing careers and worked on million selling albums and Rick Hall was fast becoming the go-to producer for the biggest names in soul. He and the Muscle Shoals Rhythm Section had worked with Aretha Franklin, Arthur Alexander, Arthur Conley, Candi Staton, Etta James, Otis Redding and Wilson Picket. However, that was just part of he story.

Rick Hall and the Muscle Shoals Rhythm Section had also worked with Jimmy Hughes, Clarence Carter, Art Freeman, Jeanie Greene, Dan Penn, George Jackson, Billy Young, June Conquest and James Barnett. They’re just some of the artists that feature on This Is Fame 1964-1968 which will be  released on Kent Soul, an imprint of Ace Records on  the ’30th’ October 2020. It’ll be a welcome release for anyone who loves soul and especially Southern Soul. The story began over sixty years ago.

The story starts during late fifties when Rick Hall, Tom Stafford and Billy Sherill founded a record label, and built their first studio above the City Drug Store in Florence, Alabama. However, by the early sixties this nascent partnership had split-up resulting in Tom Stafford and Rick Hall needing a new studio.

They decided to move to what had been a tobacco warehouse in Muscle Shoals, Alabama. Having settled in the new studio, it wasn’t long before  Rick Hall soon recorded what would be his first hit single, Arthur Alexander’s You Better Move On. Wisely, he decided to invest the profit in a better studio, and moved to their current location Avalon Avenue in Muscle Shoals, Alabama. The first hit single Rick Hall recorded in his new studio was Jimmy Hughes’ Steal Away. Little did Rick Hall know it back then, but soon his new studio would see artists coming from far and wide to record at Fame.

After Rick’s success with Jimmy Hughes, word got out that Fame was the place to go to record a new single or album. Quickly, everyone from Tommy Roe to The Tams, and from Joe Tex, Joe Simon, George Jackson and Clyde McPhatter right through to Irma Thomas, Etta James and Mitty Collier. Even Aretha Franklin recorded at Muscle Shoals. Indeed, it was at Muscle Shoals that Jerry Wexler brought Aretha Franklin, to record her 1967 album I Never Loved A Man the Way I Loved You. However, why did all these artists choose to head to Muscle Shoals to Fame?

Part of the reason was the session musicians that worked with Rick Hall. This included the legendary Muscle Shoals Rhythm Section and Muscle Shoals Horns. They were some of the hottest and tightest musicians of that era. This included drummer Rodger Hawkins, bassist David Hood, guitarist Jimmy Johnson and keyboardist Barry Beckett. When they recorded together, they were one of the finest backing bands ever. Between 1961 and 1969, when they departed from Fame to found the rival studio Muscle Shoals Sound Studio. However, for eight years, they helped make Fame Records Southern Soul’s greatest label. They can be heard on numerous singles and albums. The Muscle Shoals Rhythm Section and Muscle Shoals Horns can also be found on many of the tracks on This Is Fame 1964-1968.

Opening This Is Fame 1964-1968 is Jimmy Hughes’ 1964 single Steal Away. This is fitting, as it’s the single that transformed Rick Hall and the Fame Recording Co’s fortunes. When Steal Away, was released  it gradually, began to climb the charts. Eventually, reached number seventeen in the US Billboard 100 and number two in the US R&B chart. Buoyed by the success of Steal Away, Jimmy Hughes had the confidence to quit his job in Robbins Rubber factory. He recorded his debut album Steal Away, which became the first album to be released bearing the Fame logo. However, Steal Away is also stonewall Southern Soul classic that even fifty-two years later, is truly timeless.

By the time Clarence Carter released She Ain’t Gonna Do Right in 1967, he had enjoyed two hit singles. Clarence had signed to Fame Records in late 1966. His first solo single was Tell Daddy, which reached number thirty-five in the US R&B charts. The followup Thread The Needle reached number ninety-eight in the US Billboard 100 and thirty-eight in the US R&B charts. Later in 1967, he covered Dan Penn and Lindon Oldham’s She Ain’t Gonna Do Right. It was produced by Rick Hall and Staff, and released later in 1967. Sadly, two didn’t become three for Clarence Carter, when She Ain’t Gonna Do Right failed to chart. That’s despite being an irresistible slice of soul-baring Southern Soul.

Otis Clay was and still is one of soul music’s best kept secrets. He had an abundance of talent, and should’ve enjoyed commercial success and critical acclaim. Proof of this his cover of Don Covay’s That Kind Of Lovin’, which was produced by Rick Hall and Staff. It was the B-Side to Do Right Woman, Do Right Man. When it was released as a single by Cotillion in October 1968 it failed to trouble the charts. This became a familiar story for Otis Clay who only enjoyed five minor US R&B hits during his career. Sadly, Otis Clay died in January 2016, and That Kind Of Lovin’, is the perfect reminder of one of the most talented Southern Soul men in full flight.

James Barnett only ever released the one single on Fame Records, Keep On Talking. It’s a Dan Penn and Spooner Oldham composition which was released as a single in January 1966. Alas, commercial success eluded Keep On Talking and most people expected the single to fade into obscurity. That wasn’t the case though. Later, James Barnett’s  Keep On Talking found an audience within the UK Northern Soul scene, where even today, it’s still a favourite of dancers and DJs.

By August 1967, Jimmy Hughes was about to bid farewell to Fame Records. His swan-song was a cover of Hi-Heel Sneakers, which was produced by Rick Hall and Staff. When Hi-Heel Sneakers was released as a single, it failed to chart. This was Jimmy Hughes’ second single that failed to trouble the charts. Record buyers missed out on a barnstorming performance from Jimmy Hughes on this oft-covered song. However, it’s a welcome addition to This Is Fame 1964-1968.

Jeanie Greene was one of the female vocalists who made the journey to Muscle Shoals, and recorded at Fame Recording Studios. One of the songs she recorded was Don’t Make Me Hate Loving You. It was never released until it found its way onto Ace Records’ three CD box set The Fame Studios Story 1961-1973 in November 2011. Nearly nine years later and Jeanie Greene’s impassioned plea makes a welcome return. She’s joined by the Muscle Shoals Rhythm Section as she combines gospel and Southern Soul on this beautiful and moving ballad.

George Jackson played an important role in the rise and rise of Fame Records. He was a prolific songwriter, whose songs were covered by many artists. However, George Jackson also enjoyed a lengthy recording career. One of the labels he was signed to was Fame Records where he recorded Back In Your Arms. It’s a heart-wrenching Southern Soul ballad with gospel tinged harmonies. Incredibly, Back In Your Arms was never released as a single. That’s despite being a beautiful and timeless Southern Soul ballads that one will never tire of. It was definitely the one that got away for George Jackson.

Having enjoyed a hit single with Tell Daddy earlier in 1967, Clarence Carter began working on the followup. He wrote Thread The Needle, which was produced by Rick Hall and Staff. It was released later in 1967 as Clarence Carter’s sophomore single on Fame Records. Thread The Needle reached number ninety-eight in the US Billboard 100 and thirty-eight in the US R&B charts. Stylistically and sonically it’s not dissimilar to Tell Daddy and there’s even a nod to Sam and Dave and even Otis Redding on what’s another of Clarence Carter’s finest moments at Fame Records.

Art Freeman only ever released two singles on Fame Records.His second and final single, A Piece Of My Heart was his finest moment. It was released in March 1967 but failed to make any impression on the charts. Fifty-three years later, and A Piece Of My Heart is a welcome addition to This Is Fame 1964-1968. Quite simply, it epitomises everything that’s good about Southern Soul. It’s also an introduction to another of Southern Soul’s nearly men, Art Freeman who should’ve reached greater heights.

June Conquest’s recording career lasted just eight years. During that period, she released just six singles. This included one single on Fame Records, Almost Persuaded. It was a Rick Hall production that was released in 1964. When it wasn’t a commercial success June Conquest was dropped by Fame Records. This seemed somewhat hasty, as June Conquest was obviously a talented vocalist. She doesn’t so much deliver lyrics but live them. Her vocal is a mixture of melancholia, sadness and disappointment on Almost Persuaded which is a real hidden gem. That’s almost an understatement. It’s much better than that and is essential listening for anyone who likes their music soulful.

The only single James Barnett released on Fame Records was Keep On Talking. It was released in January 1966, but failed to even trouble the lower reaches of the charts. That was the end of James Barnett’s career at Fame Records. However, tucked away on the B-Side was Take A Good Look. It’s a beautiful Southern Soul ballad, where the Muscle Shoals Rhythm Section and Horns provide an understated backdrop. This allows James Barnett’s vocal to take centre-stage, as he lays bare his soul for all to hear. The result is another tantalising taste of James Barnett, and one of the highlights of This Is Fame 1964-1968.

Closing This Is Fame 1964-1968, is Jimmy Hughes’ I Worship The Ground You Walk On. It’s a Dan Penn and Spooner Oldham composition which was released as a single in 1966. It reached twenty-five on the US R&B charts, and gave Jimmy Hughes’ his fourth hit single. It’s one of his finest moments, with Jimmy Hughes’ vocal akin to a confessional on this beautiful Southern Soul ballad.

It’s nearly nine years since Kent Soul, an imprint of Ace Records began their comprehensive reissue of the music recorded at Fame Recording Studios, in Muscle Shoals. The next instalment is  This Is Fame 1964-1968 which features twenty-four songs produced by Rick Hall and featuring the legendary Muscle Shoals Rhythm Section. With songs from Jimmy Hughes, Clarence Carter, Art Freeman, Jeanie Greene, Dan Penn, George Jackson, Billy Young, June Conquest and James Barnett,  This Is Fame 1964-1968 is Southern Soul at its best.

Key to the success of Fame Records were producer Rick Hall, and his house band the Muscle Shoals Rhythm Section. They can be heard throughout This Is Fame 1964-1968, which is a welcome addition to Ace Records ongoing and lovingly curated reissue program. 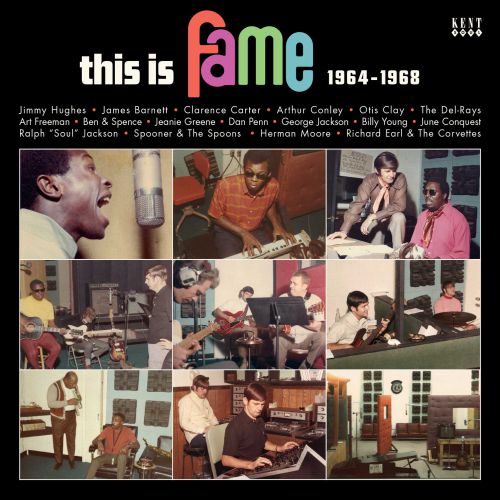 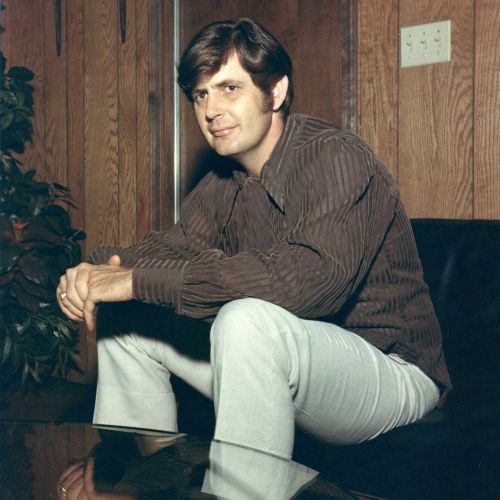 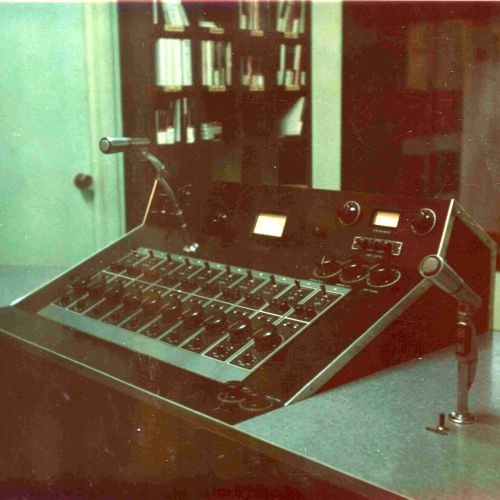 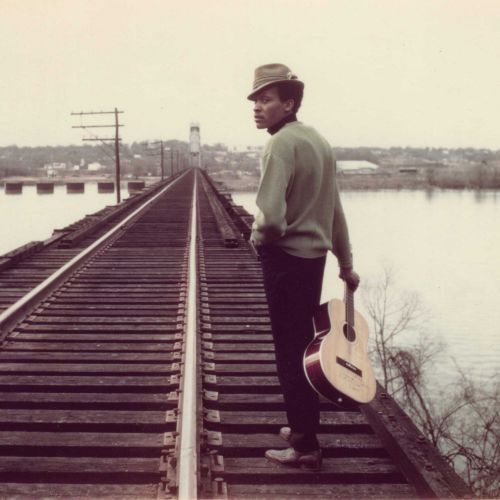